Cell Phone Tower Next to Elementary School – 8 Kids with Cancer

I recently came across across this article in the Daily Mail UK, and I had to share – as I have been writing on the negative effects of WiFi, cell phones, and radiation for over a decade! If you have not read any of my previous posts surrounding this topic, I have linked to them at the bottom of this post. Yes, I’ve written a few of them!

So, according to the article, they have shut down a cell phone tower next to Weston Elementary School in Ripon, CA, due to eight children all under the age of 10 being diagnosed with different types of cancer – brain, kidney, liver and lymphoma. Sprint, who owns the tower which has now been shut down, has come out and said the levels are 100 times under the federal limit. A private investigator hired by the children’s mothers, however, has said otherwise – that these levels are actually much higher than reported. Hmm… 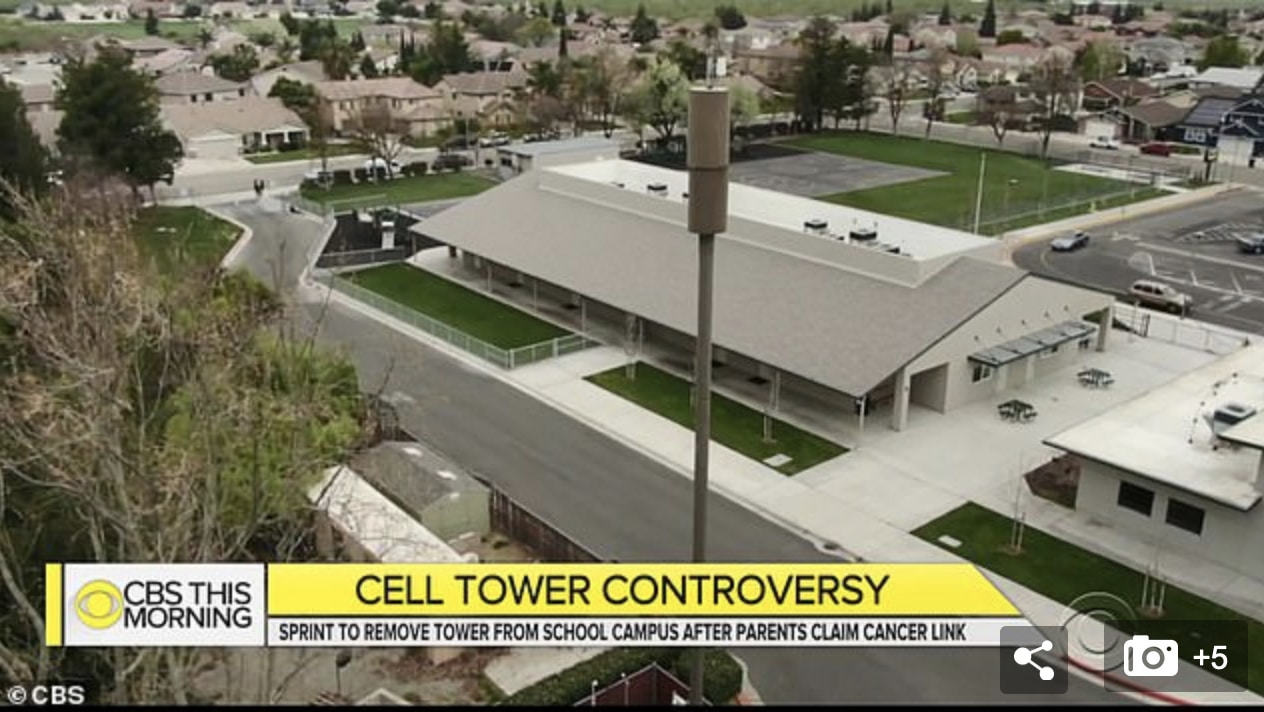 Monica Ferulli and Kelly prime, both mothers of two boys who were diagnosed with cancer back in 2016, have been trying to get the tower taken down for the last two years.

In the article, Ferulli goes on to say, “We’re not naive to the fact that there could be other components out there – other environmental influences… but the bottom line that we feel in regards to this tower is it doesn’t belong there… if there’s any indications that its unsafe.”

Their hired lawyers argue that, “contamination is the most likely cause of the unusually high rate of childhood cancer in one small area.”