How To Measure WiFi and Cell Phone Radiation 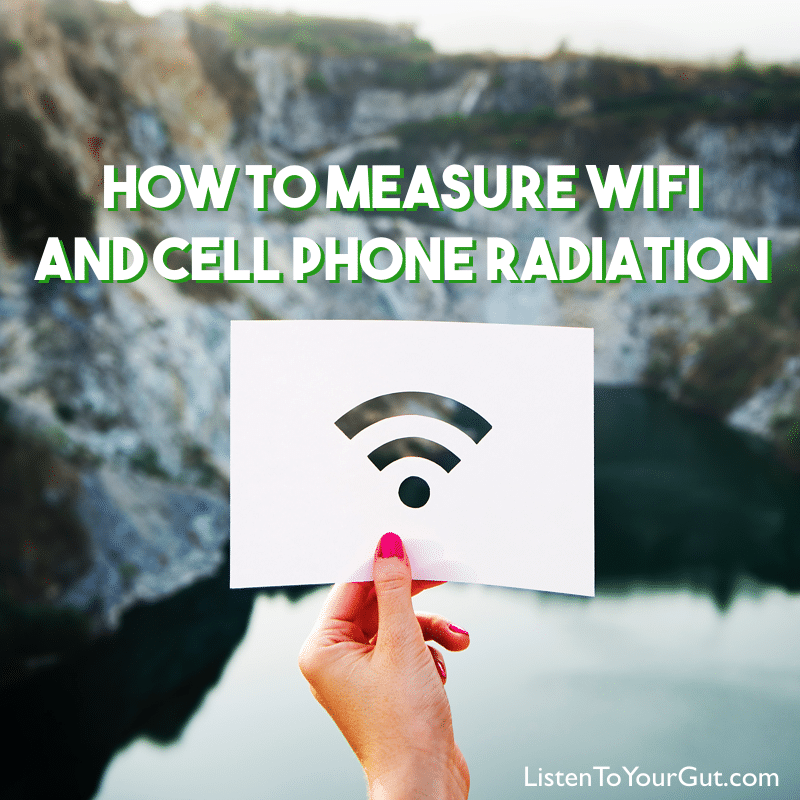 As the mother of three children – with thinner skulls, higher water content in their skulls (= higher conductivity) and undeveloped immune systems – it is very important to find out what levels of microwave RF radiation my kids are being exposed to, so that I can take measures to protect them where needed.

So the first component of protecting your kids from wireless radiation involves testing and measuring their daily environment for WiFi signal strength – school, home, dance or gymnastics studio, friends’ houses, etc. Anywhere your kids spend over an hour continuously should be tested (in my opinion) so at least you can get a good idea of their daily radiation exposure.

No Concern – less than 0.10 microwatts/m2 (microwatts per meter squared)

“We did a study just last– a few years ago, itʼs just coming out this year, where we tested the response of the heart to microwave radiation and the arc exposure was 0.3 microwatts/cm2, so itʼs 3 times higher than that guideline that I just mentioned – and several of the people we tested blindly, so it wasnʼt a psycho-somatic response, they developed tachycardia which is a rapid heart rate and arrhythmia instantly as soon as we exposed them to the radiation from a cordless phone at 2.4 GHz. So, if adults start having those symptoms and I know quite a few adults who have them, they suddenly feel; their heart starts beating, they have this pressure and pain in the chest area, theyʼre having an anxiety attack, thatʼs how the interpret it, or theyʼre having a heart attack and they donʼt know which and it scares them incredibly. Well, children are now beginning to have these problems.”

Once you know what you’re dealing with, then you can take steps to reduce or eliminate their radiation load – I’ll get into all that in a separate article. For now, let’s just look at what RF meters are on the market, at what price, and what each of them do to measure wifi signal strength – so that you can find the right one for your needs and budget.

As a mom, you’ll likely want to test primarily for:

The Main Differences Between Meters

The main distinctions between the different types of meters (and hence the price) usually boils down to 3 specifications: