Should I Vaccinate My Child?

After months of solid research, looking at source data, these 5 points represent the crucial issues of vaccination that are not being answered. Each highlight a different facet of the vaccination/immunization question; effectiveness, adverse effects, and long-term consequences. The unspoken thread running through each of these is a pressing question: Why haven’t more people been informed of this evidence, and indeed, why is vaccination presented carte blanche as a positive, imperative requisite for our children’s health? 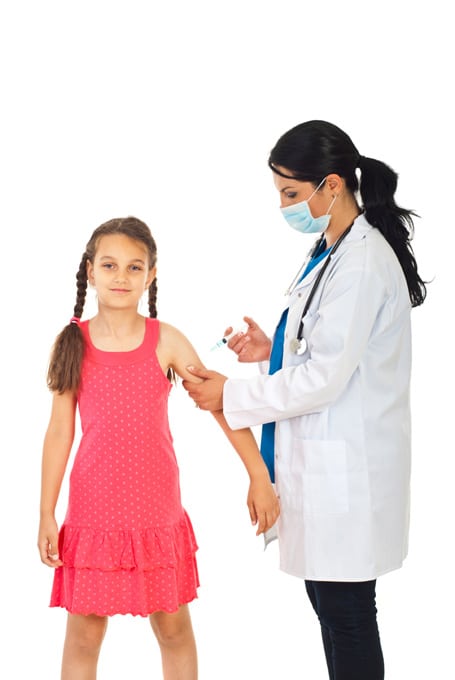 19 years ago, as the mother of a newborn, it became important to find out what is really going on with infant and childhood vaccination and whether it is conclusively a beneficial or necessary procedure. Thus I embarked on four months of research into immunization – squeezed in between the demands of caring for and breastfeeding our firstborn son Oscar.

DO VACCINES ACTUALLY WORK?
As I researched the issue, I was amazed to discover that there is a large and growing body of clinical studies, fieldwork (in developing nations) and historical data refuting the safety and efficacy of vaccination. Unfortunately, the propaganda campaign for vaccination has been so successful that most of us automatically believe that vaccines are so effective they are responsible for the virtual eradication of serious childhood illnesses. In reality, this is not so, and if you examine the actual rates of incidence for each disease (from mainstream sources such as the Lancet, WHO and UNICEF), the graphs show a clearly different picture.

From the 1800’s to the present, in every case, each disease had been virtually eliminated decades before the introduction of the relevant vaccine; through improved hygiene, better nutrition, clean drinking water and improved sanitation. Basically, as people’s overall health and immune systems improved, they didn’t get sick. As the physician W.J. McCormick summarized in 1950 (before vaccines for measles, mumps, scarlet fever and rheumatic fever were introduced):

“…the decline in diptheria, whooping cough and typhoid fever began fully fifty years prior to the inception of artificial immunization and followed an almost even grade before and after the adoption of these control measures. In the case of scarlet fever, mumps, measles and rheumatic fever there has been no specific innovation in control measures, yet these also have followed the same general pattern in incidence decline.” (vi)

Furthermore, research reveals dozens of cases around the world where there was an outbreak of infectious disease (e.g. measles, polio, tetanus, smallpox, etc.) and contract rates were either similar among vaccinated and unvaccinated populations, or higher and more severe among the vaccinated. This clearly demonstrates the vaccination does not lead to immunity – it is not “immunization”. For example: