Children Should NEVER Use Cell Phones 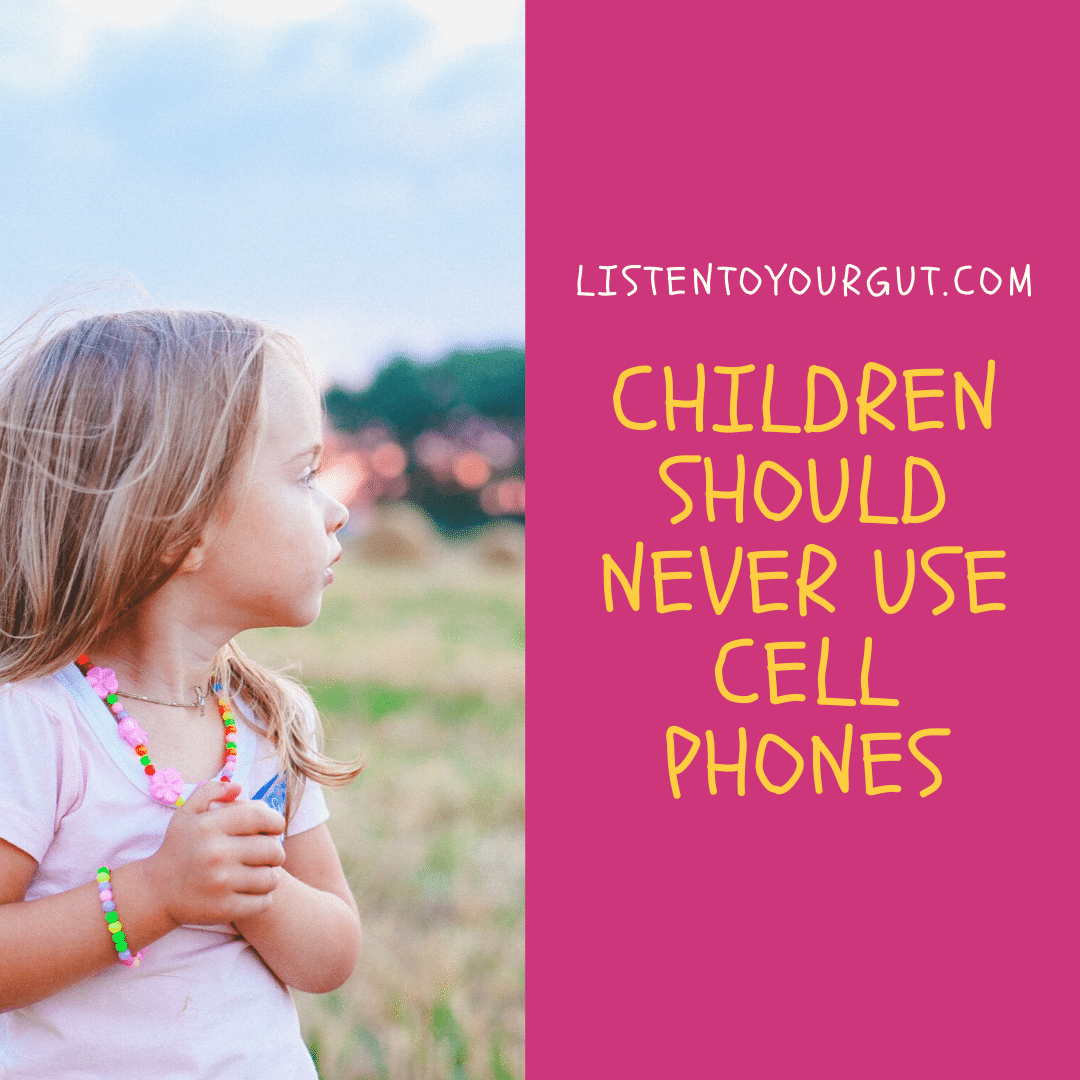 Did you know that brain tumours are now the leading cause of cancer deaths in children?

The Toronto Dept of Public Health is finally acting on reams of research and has issued a warning to restrict cell phone usage for children.

In the US, child brain tumor rates have increased 35% in the last 20 years.

“In general, brain tumors are more common among older people, but statistics even show an increase in brain tumors in kids. The incidence increased by 35 percent in children younger than 15, according to the website Pediatric Oncology Education Materials, which provides information for healthcare professionals.”

However, what most people don’t know is that CORDLESS phones (in your house) carry the same radiation load as a cell phone. In fact, when I used my radiation meter to test my parents’ cordless phone, it actually tested out much higher than a cellphone and from a greater distance away. Even two rooms away from the cordless phone base station, the radiation was at the same intensity level – whereas cellphone radiation intensity can drop drastically within 5 feet and significantly within even a few inches (which is why cellphone manufacturers tell you to leave 1/4-1/2″ between the cellphone and your head when in use).

I tested a friend’s wireless X-Box system and the amount of microwave radiation emitted was not safe. I tested my son’s PS3, using the wireless controllers it came with (the box was connected to the Internet using a cable internet cord – hardwired) and it was fine. Go figure. Because we don’t know which technology is being used when something is labeled “wireless”. Even those of us who are somewhat educated cannot make an informed decision – unless we buy our own radiation meter!

So don’t let your kids (or yourself) use either of them regularly! See this excellent article for lots more info on Why Children and Teens Should Stay Away From Cell Phones.

Also, this director of a Cancer Center in Pittsburgh has warned his entire staff not to use cell phones (or cordless phones).

Help spread the word, as most people are not aware of this……