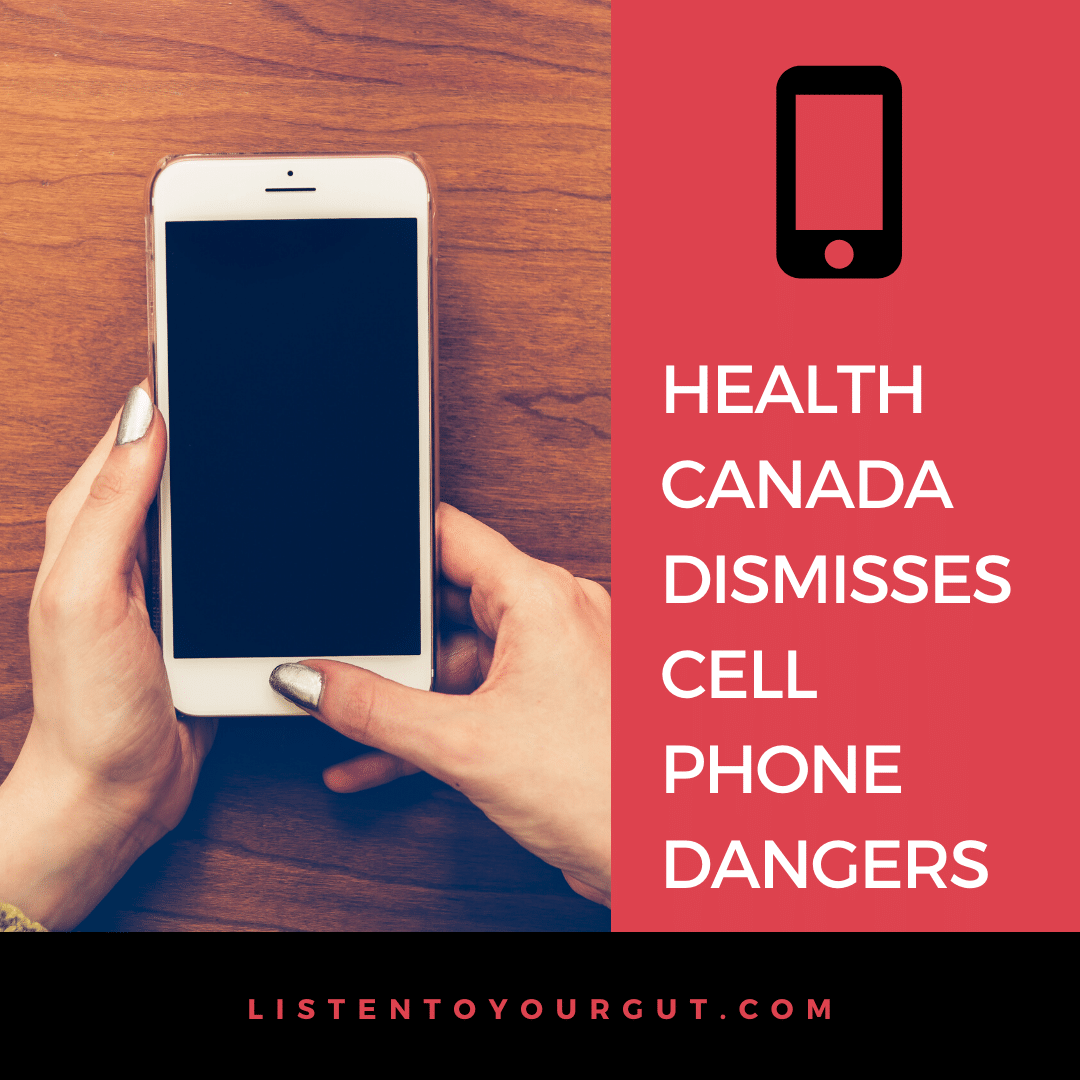 The School Board’s position on cell phone and wireless computer usage inside my kids’ school is: Hey, we just follow what Health Canada says! And Health Canada says there is no possibility of danger from radio frequency microwave radiation. Huh. So here’s what I think of that:

Currently, Health Canada maintains that 1000 mw/cm2 is a safe exposure level for public places. So how come Russia has set its safety level at 10 mw/cm2 (microwatts per centimetre squared) and many European countries have set their microwave radiation safety levels at .10 mw/cm2? Clearly someone is being unduly influenced by industry here…

Many schools have a “no cell phone on school grounds” policy. Unfortunately, ongoing, they are relying on children to police themselves – and we all know how reliable that is!

My son informed me that a boy in his then grade 4 class had received a cell phone as a gift from his Dad, which he carried around in his pocket – turned on – so that he could send and receive text messages from his Dad. The teachers had no idea the cell phone was turned on, or that he was texting behind his desk. And here’s the problem with that:

“The body of available research indicates that operation of a nearby portable cellular telephone will expose a non-user to radiation, some of which will be deposited into the brain of the non-user at levels higher than necessary to elicit undesirable biological effects even though the phone may be more than ten feet away from the non-user.”

Then I started thinking about all the junior high and high school students… do you honestly think they are turning off their cell phones (or even remembering to turn them off)? Especially since texting is so big among that age group?

So, I applaud the fact that school policy against having cell phones turned on in the schools already exists. But principals need to put some serious thought into the actual enforcement of that policy.

How about requiring students to place their cell phone in a basket on the teacher’s desk and then the teacher (or a trusted student) doing a quick check to ensure that each is turned off? How about having random spot checks for cell phones with a seriously stiff penalty (like suspension for 3 days) if a phone is found left on? I’m sure if teachers and principal put their heads together, they would be able to come up with something reliable and enforceable.

Regarding wireless computers, when you take a look at what’s happening in other countries, I would suggest to you that Health Canada is either behind the 8-ball on this issue, or it is unduly industry-influenced. For example:

If the Health Canada standards are so accurate and reliable, then why have these other countries banned or warned against WiFi after recognizing that it is indeed a serious health hazard?