Are Cell Phones The New Cigarettes? 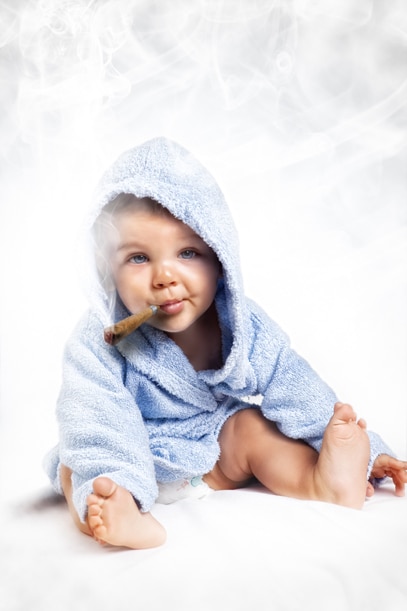 How many kids do you know aged 11 and older that have their own cell phone? In my son’s class of 11 year olds, all but 5 have their own cellphone. And in spite of the school policy being no cell phones allowed on school grounds, they text each other back and forth in class and many of them keep their cell phone in their front pocket all day, turned on. Needless to say, in spite of knowing the data on cell phone risks, my son is really pressuring me to let him buy himself a cell phone!

He knows that an adult male who has a cell phone in his front pocket for one hour has a drastic reduction in sperm count… yes, you can get that sperm count back up, but still, what’s the cell phone doing to a child who has not even reached puberty, or one who is going through puberty? His response: Who cares? I probably don’t want to have kids anyway.

Of course you don’t. You’re 11. Come talk to me when you’re 30. Ooops, too late. Would that be an example of good mothering?

Nevertheless, I do feel his pain. There’s an entire culture now around texting. And he is excluded from the circle, he cannot participate in the conversation and he is outside the community. That’s pretty heavy and pretty nasty for him.

So… if most of his peers smoked, would I buy him cigarettes so that he could join in the group and not feel excluded?

Some people have said to me that this is not a fair analogy. Hmmm, I thought, well what is the statistical comparison of these two carcinogens (the W.H.O. has classified microwave RF radiation – WiFi, cellphones, iPads, etc. – as a Class 2b carcinogen)? So I went looking…

The increased lung cancer risk for smokers is:

The increased risk of a brain tumor from a cell phone after 10 years of use is:

And then, funnily enough, I found this video by Magda Havas PhD that directly compares cellphones to cigarettes! She looks at the marketing, the industry CYA, and the health effects…

Still, as I said, I feel my son’s pain and I really don’t want to isolate him or make him feel like an outcast. So I go looking for a different kind of stat that just might allow me to justify him having a cellphone. Because I remember my brother saying to me, “Sure the stats may show a 500% increased risk, but if the normal rate of brain tumors in kids is 1 in 10 million, then even a 500% increase is only going to be 5 kids in 10 million – which is actually a very minute risk.”

So I go looking for these stats: If the increased risk of a brain tumor to my child is 420%, then what does this mean in terms of real numbers? How many kids out of 100 will actually get a tumor? AND how does that compare to the number of kids who got tumors before cellphones existed? I figure that w