How To Choose A Potent Probiotic 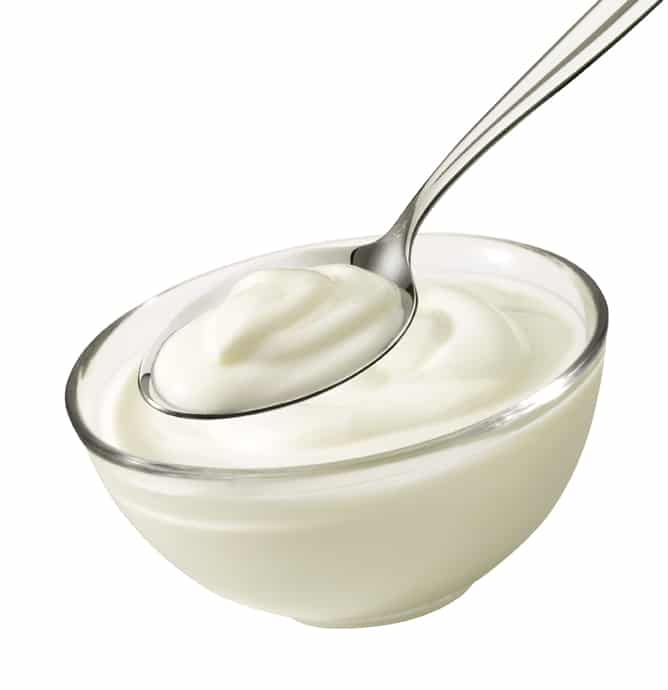 For a probiotic to have reliable, therapeutic results, it must fulfill ALL of the six criteria listed to below to ensure safety, potency and bioavailability:

1. Manufactured in a cGMP Facility and stored in dark, glass bottles only

Make sure the probiotic is manufactured in a facility that carries the cGMP (current Good Manufacturing Practices) certification, otherwise you risk consuming a contaminated product. Contaminants could consist of lead, mercury (and other poisonous heavy metals), and undesirable bacteria. A 1990 independent laboratory study found that nine out of ten brands of popular Lactobacillus acidophilus probiotics actually contained no acidophilus at all. All nine contained contaminants and other species of lactobacilli instead. Probiotics are also sensitive to (and damaged by) light and moisture. Only a glass bottle will keep out all moisture – all plastic is permeable to varying degrees of moisture. In addition, the glass must be dark (or amber colored) to keep out light, which also damages bacteria.

2. Different species must not be touching each other

Different species of bacteria placed together will compete for space and try to dominate each other, resulting in competitive exclusion by the dominant species. In vitro studies have shown that when you place different species together, the dominant (strongest) species will usually produce bacteriocins that kill closely related species.(1)

Therefore, each species (eg. acidophilus, bifidum, bulgaricus) must be kept in its own bottle or in separate capsules. Refrigeration does not prevent this from happening either, since certain bacteriocins have proved stable at temperatures as low as -20 degrees Celcius. I know most probiotic manufacturers sell regular capsules or powders with anywhere from 3 to 14 different species packaged together in one jar, or one capsule. Again, I’m absolutely mystified as to why they do this. However, check the bottle and you’ll see that none of these manufacturers guarantees the number of live, viable bacteria in their product through to the date of expiration. Nor do they guarantee how many of each species and strain remains alive and viable for effective colonization in the gut at time of consumption. See Quality Concerns below.

3. Probiotics must be kept refrigerated at all times

The bacteria need to be stored in a fridge at the store and they must also be shipped in refrigerated trucks to the store. Heat quickly kills bacteria and even at room temperature they will become active and soon live out their life cycle – think of what happens if you leave yoghurt on the counter. The best way to preserve bacterial potency is by keeping it cold at all times, until you’re ready to ingest it. Freeze drying is the best method of preserving the bacteria and for this to be maintained, they must be kept very cold at all times until you’re ready to ingest them. Of course, keep your probiotics refrigerated at home too.

4. Strain and number of bacteria per serving must be listed on the bottle

Only certain strains of bacteria are potent and effective (eg. L. bulgaricus DDS-14 is excellent, L. bulgaricus DDS-13 is useless – remember, ‘bulgaricus’ is the species, ‘DDS-14’ is the strain). If the manufacturer just lists ‘acidophilus’ for example, chances are they’ve used a cheap and ineffective strain of L. acidophilus. There are approximately 200 identified strains of L. acidophilus, of these, only 13 have good antibiotic (against bad bacteria) qualities, thus, the strain is indeed very important. They must also list the number of bacteria guaranteed per serving (and this should be between 2-5 billion colony forming units per serving) at the time of opening, or to the expiration date. This guarantee is key: If a manufacturer only guarantees the number of bacteria at the time of manufacture, this is meaningless. At manufacture, a bottle may contain 2 billion cfu (colony forming units) per serving – however, by the time that bottle gets to you, the bacteria may be mostly dead. Another trick to watch out for is that manufacturers will list (for example) two different strains of L. acidophilus, one of which is a good strain and the other a cheap useless one. Then they will list the total guaranteed bacteria per serving at 2 billion cfu. However, they haven’t told you how much of that total count is the effective strain and how much is the ineffective one. It’s also a good idea to use human strains (vs. bovine or porcine strains) for safety’s sake.

In ultrafiltration extraction methods, the bacteria are pressed through a filter that removes the larger molecules of their growth medium. However, when bacteria are growing in their culture, they form into chains as they multiply. Ultrafiltration results in the breakup of these chains, separates the bacteria from their beneficial growth medium (supernatant) and can also damage the bacteria themselves. The best method of preserving bacteria (and the most expensive) is to freeze dry it along with its growth medium. Many scientists maintain it’s best to consume bacteria along with it’s growth medium (also known as the substrate or supernatant) since this protects the bacteria from stomach acid and provides a ready food source for the bacteria to consume as they establish themselves in your gastrointestinal tract. Also, as the bacteria grow in the culture (of milk or vegetable matter), the growth and culturing process produces valuable substances such as vitamins, antioxidants, immune system factors, antimicrobial compounds and digestive enzymes that greatly benefit your body when ingested. Ideally, purchase bacteria that is freeze dried along with its growth medium.

Some companies package their probiotics with fructooligosaccharides (FOS) and/or inulin – indigestible substances referred to as prebiotics, which they claim feed the bacteria, thereby improving performance. Keep in mind though, that many bacteria (both good and bad) can feed on these substances. So if you have a predominantly bad bacterial flora (as most, if not all people with IBD do) consuming prebiotics may exacerbate your symptoms. Also, most FOS is manufactured via chemical synthesis and in many instances has been shown to cause abdominal pain, bloating and gas. I especially don’t recommend it for people with IBS or IBD. Also avoid FOS and inulin in vitamin/mineral supplements, whey protein powders, etc. Be sure to read labels as it’s become popular to add it to all kinds of products. For perfectly healthy people with an established good bacterial flora, prebiotics are probably okay, especially if they are not able to obtain these substances naturally through a good diet.

If you’ve read any of my books, you’ll know that the only probiotics I’ve found so far that meet all of these selection criteria are Natren brand. And I’m also a big fan of making your own yoghurt using Natren’s Yoghurt Starter and lacto-fermenting veggies – to get ongoing food-source probiotics in your diet.

Health Canada put out a pretty good discussion paper on probiotics, which addressed some of these concerns about most probiotics not being manufactured or stored properly to ensure potency. Here are just a few highlights from that paper:

Impact of processing, environment and diet on probiotic bacteria

“A significant quality issue for probiotic supplements is the viability of bacteria in the product, specifically how many organisms are alive when the consumer purchases it as many products claim only the amount at the time of manufacture. As well, the product should contain the bacterial species that it claims on the label, and potentially pathogenic microorganisms should not be present.

A recent Canadian study assessed whether commercially prepared probiotic products contained viable organisms, as claimed by the manufacturers, and particularly whether products labeled as containing Lactobacillus did so.(2) An additional objective of the research was to identify and quantify as many species as feasible and to compare them with the contents listed on labels. The design was randomized, double-blind trial of 10 brands of probiotic preparations bought over-the-counter in British Columbia ‘s lower mainland. Only products claiming to contain Lactobacillus were included in the study. The study measured the viable organisms in each probiotic brand and quantities of Lactobacillus in each product.

The results showed that none of the 10 products tested matched their labeled microbiologic specifications and two brands grew nothing aerobically or anaerobically. No Lactobacillus grew in five brands, although their labels stated that this was the main species. Eight brands contained viable cells, but only 10% of the number stated by their manufacturers. Most product labels did not adequately identify or quantify microbes which led the author to conclude that the use of probiotics should not be recommended at this time.

In research conducted by a media outlet and broadcasted in 2003(3), two different probiotic capsules were each tested twice, including newly stocked retail product to determine the number of live bacteria and secondly near the end of the product’s shelf life to test if the counts had fallen. The first label claimed 6 billion live cultures per capsule but testing showed only 1.7 billion and within two weeks, millions more bacteria died, with 460 million still alive. The second product did contain the label claim of more than one billion in the first test. But on the follow-up test, 692 million bacteria remained alive.

Dr. Gregor Reid, director, Canadian Research and Development Centre for Probiotics, Lawson Health Research Institute, and professor of Microbiology and Immunology, University of Western Ontario , London was quoted on the program as stating “This is particularly disheartening, as you’re getting a massive drop in viability, even within two weeks. You’ve picked two products but you could have picked 10 or 15 and, according to European studies, you’d find the same kind of results where you get a drop off in viability.”

Research has further shown that products should contain between one million and one billion live bacteria to be efficacious.(4) The media program concluded by stating that ” … manufacturers can say whatever they want on those containers. That’s because there are no Canadian government regulations on how much live bacteria there should be, and no rules on what labels have to tell us about quantity”.” 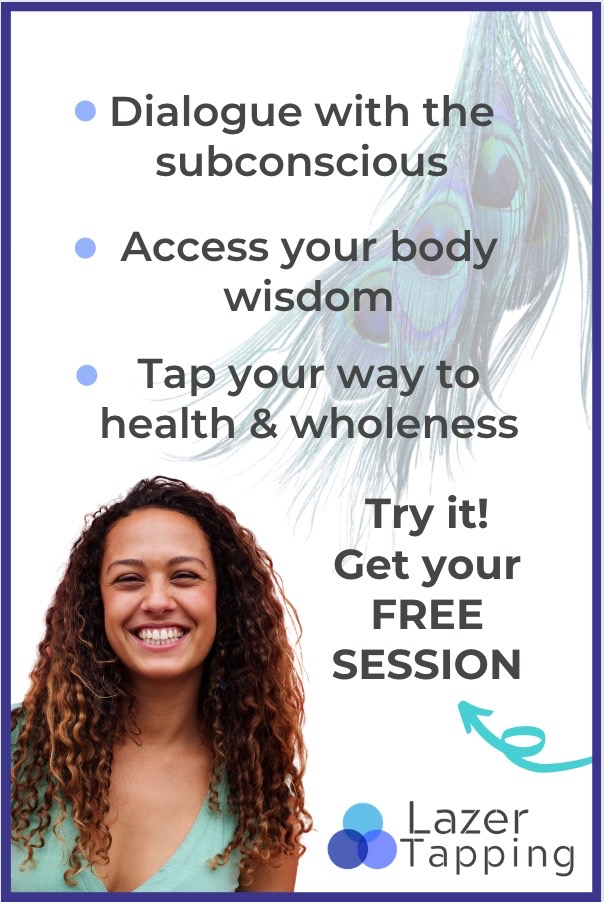