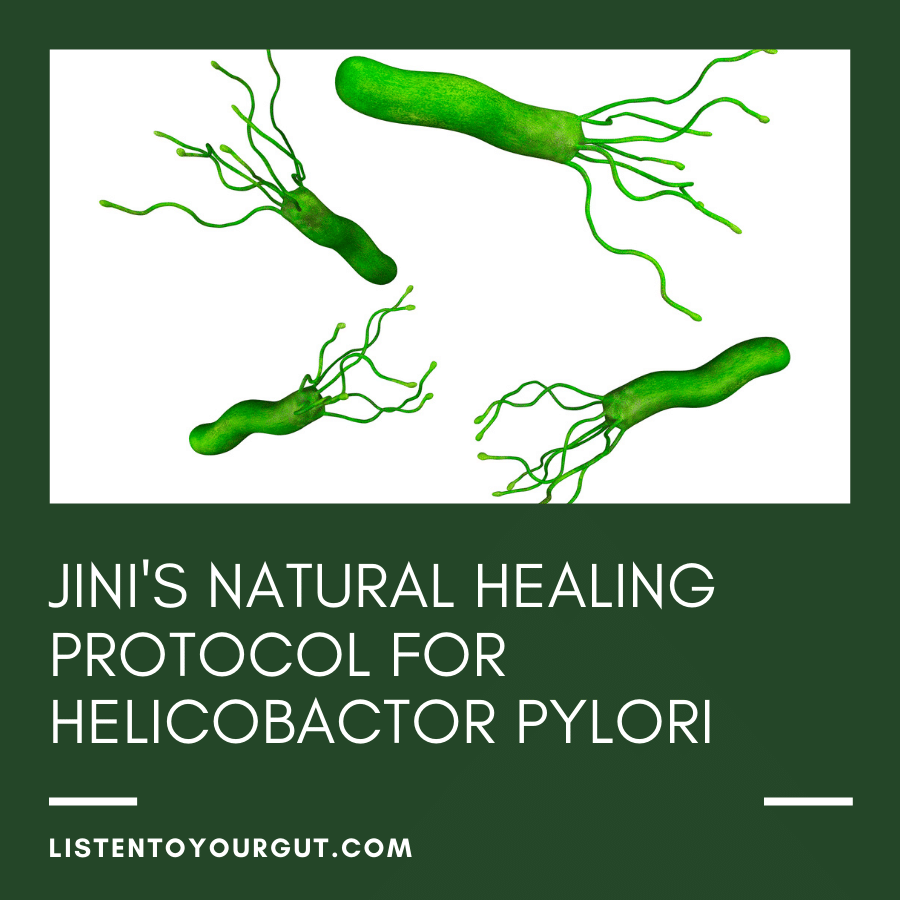 Helicobactor Pylori (or H. Pylori) is a bacteria often found in the stomach, as it can enter your body and live in your digestive tract for years. This can lead to painful sores, or ulcers, in the lining of your stomach and intestines.

Over a long period of time, it may result in stomach cancer for certain people.

Recently we received an email from a reader asking if we have a protocol in place for Helicobactor Pylori – and since then we have had a few others write in as well:

I retested a urea breath test last week and found it hasn’t eradicated the HP. Now I’m wanting to try something else instead of the triple therapy antibiotics because I felt unwell, tired, exhausted and generally not myself since having the treatment. I believe my constant bloating and excruciating pain that goes with the bloating was caused by the triple therapy.

Sometimes it feels like there’s something alien-like living in my stomach (matter of speech of course) – almost like it moves around in there, just giving me hell and pain. It’s hard to explain… if I am laying down and the pain and bloating starts, it’s like I’m stuck in a position. If I don’t get straight up and start walking up and down the hallway to alleviate the pain, then I’m in for a very unpleasant night/day – or at least few hours.

In September of last year, I was diagnosed with a diverticulitis flare up due to chronic constipation, and thus given antibiotics to heal it. I haven’t had a flare up since, but I still suffer constipation at least once or twice a week. I take Coloxyl and Senna to quickly alleviate because I’m petrified of it flaring up my Diverticulosis again.

Doctor sent me to colon surgeon/ specialist in November who said he wanted to do a colonoscopy to see what’s going on in there. I refused and said I needed time to do research first.

Please if possible can you help with any of the above? I do believe t