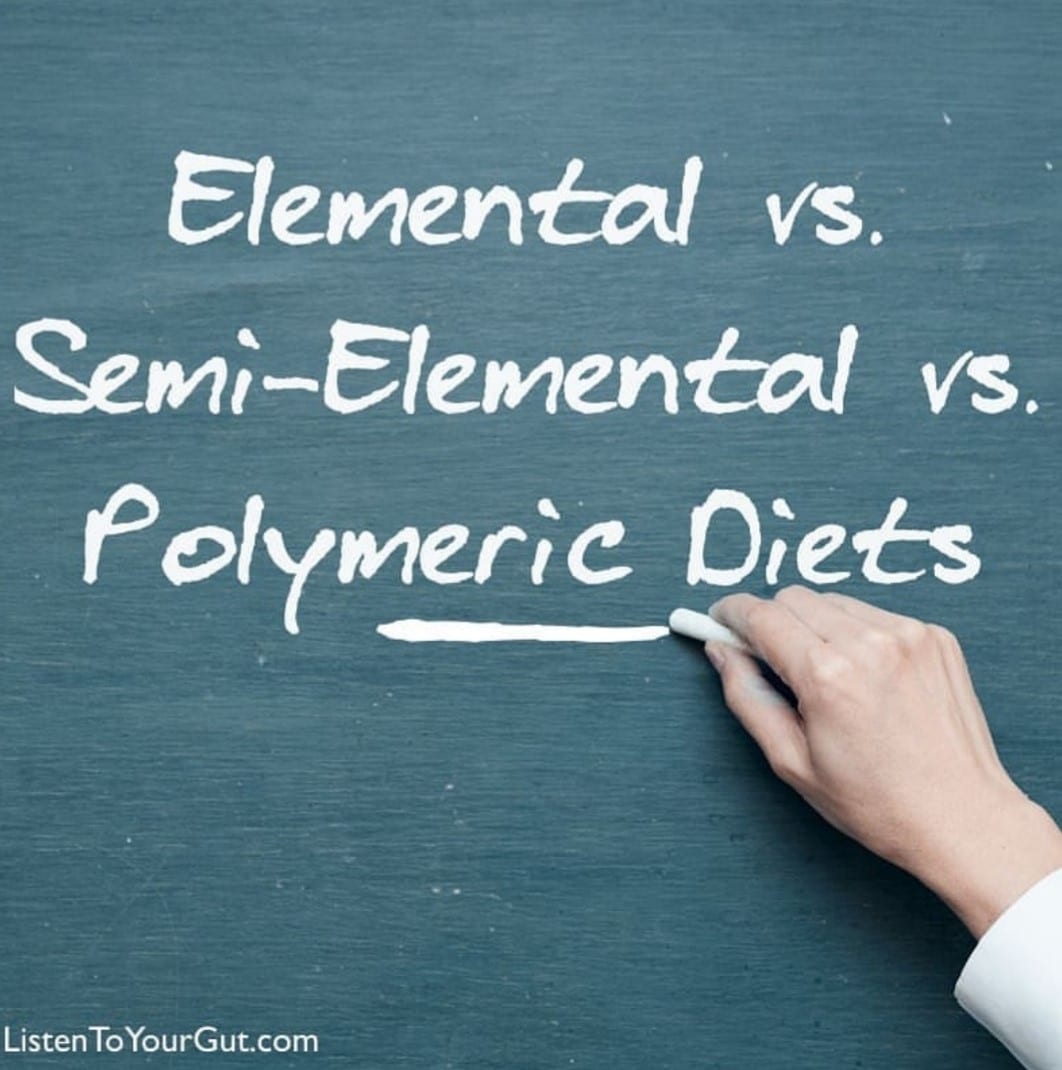 As elemental diets grow in popularity – especially for use with SIBO – I’ve received a few emails from people (and doctors) suggesting that Absorb Plus (Original formula) is not actually an elemental diet product. And that only products with free-form amino acids as their protein source qualify as “elemental”.

Well let’s take a walk through the med literature and I’ll also share my own experience with elemental diets and various protein sources. Back when I first formulated Absorb Plus ORIGINAL (in 1998), whey protein isolate was considered one of the best protein sources for an elemental diet. And at the time, the clinical studies on “elemental diets” varied between using free form amino acids, whey isolate, whey concentrate, egg albumin, etc. and all were considered acceptable ingredients in an “elemental” shake.

However, I’ve conducted a review of the current med literature and it seems that the definitions are shifting, but as yet, are still not clear. Let’s walk through the pieces of this puzzle and let’s use Absorb Plus ORIGINAL as an example to give us a reference point to see just how the parameters are defined…

According to the Medical Dictionary:

So according to that definition, whey isolate or rice protein isolate (which Absorb Plus contains) would qualify as an “elemental” product since they are protein peptides.

However, according to this paper in 2005, Absorb Plus would be considered “semi-elemental/oligomeric/polymeric”:

The EN [elemental nutrition] formulas differ in their protein and fat content and can be classified as elemental (monomeric), semi-elemental (oligomeric), polymeric or specialized. Elemental formulas contain individual amino acids, glucose polymers, and are low fat with only about 2% to 3% of calories derived from long chain triglycerides (LCT) (3). Semi-elemental formulas contain peptides of varying chain length, simple sugars, glucose polymers or starch and fat, primarily as medium chain triglycerides (MCT) (3). Polymeric formulas contain intact proteins, complex carbohydrates and mainly LCTs (3). Specialized formulas contain biologically active substances or nutrients such as glutamine, arginine, nucleotides or essential fatty acids (Table 1). Although elemental and semi-elemental formulas cost about 400% more than polymeric formulas (4) they are still widely used because they are believed to be 1) better absorbed, 2) less allergenic, 3) better tolerated in patients with malabsorptive states and 4) cause less exocrine pancreatic stimulation in patients with pancreatitis.

In terms of taking this into the realm of practical application, I stand behind what I first discovered using elemental diets for myself and consequently wrote about in The IBD Remission Diet and that is that whilst free-form amino acids are considered more ‘hypo-allergenic’, they are not always best for inducing disease remission – because the person cannot gain