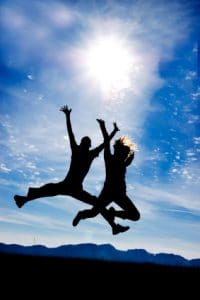 In my post about natural treatment for depression, vitamin D was mentioned as a substance that people are often deficient in. Today’s post (courtesy of the Vitamin D Council) goes into the problem of vitamin D deficiency and treatment more in depth.

Again, this is a very relevant issue for people with IBD and IBS since many have been on a steroid or immune suppressant drug that has greatly interfered with bone formation and maintenance (for which vitamin D is key). Also, if you get a lot of cavities in your teeth, adequate intake of vitamin D (or not taking minerals in an absorbable form) may be the culprit. In my family: All 3 of my kids take 2,000 IU vitamin D per day, along with cod liver oil. My husband and I take 4,000 IU per day, and of course, we take our cod liver oil and nanoparticle minerals, including lots of magnesium.

Vitamin D requires magnesium to be converted to its active form. Therefore, the more Vitamin D you take, the more magnesium you need. If you are not getting adequate magnesium, then you may become constipated, get muscle cramps, heart problems, etc. (there’s a list of about 110 ailments that are caused by magnesium deficiency).

See my blog post specifically on Magnesium for all the details on the different forms, absorption rates, and how to figure out which one is best for you. My good friend, Dr. Carolyn Dean MD ND spends a lot of time educating people about why it’s so necessary to get enough magnesium, especially when you are supplementing with calcium or vitamin D:

“Everyone thinks there’s a Vitamin D deficiency epidemic but I’m not convinced. The big question is, why all of a sudden are we so deficient. What could Vitamin D be responding to and what do the low levels indicate?

Here’s one possible answer. Vitamin D is really a hormone with a feedback loop to calcium. When the body has enough calcium less Vitamin D is required and the levels drop.

We are a calcified country, so the effect of high calcium may be lower levels of Vitamin D. And without understanding the complex chemistry involved, most people think we just need to take more.

Taking high dose Vitamin D (anything above 2,000 IU) will also use up your magnesium because this mineral is required to change the supplemental/storage form of Vitamin D into active Vitamin D.

Not everyone is going to suffer from too much Vitamin D and enough people seem to benefit from it (at least in the short term) that it’s not going to ring any alarm bells for many years. After all, it took about 3 decades for us to realize that high dose calcium supplementation was causing heart disease and soft tissue calcification when not properly balanced with magnesium.

Do your research before taking high dose Vitamin D. Google the benefits AND the dangers before you make a decision. If you do a Vitamin D blood test, remember a mid range level is better than a high level.”

This month we have a ten question quiz on the latest vitamin D research. Here’s a primer.

Question: Name a rat poison crucial to health and safer than water.

Yes, cholecalciferol is a rat poison.

If it is a rat poison, why did Professor Heaney just recommend up to 4,000 units every day?
JSteroid Biochem Mol Biol. 2005 Jul 15; [Epub ahead of print]

The answer is dosage. To demonstrate the point, I recently swallowed an entire bottle (100 capsules) of vitamin D (40,000 units) in front of a skeptical audience to convince them that vitamin D is safer than water. Here’s why. Eight glasses of water a day is fine for healthy adults. Ten times that amount, eighty glasses of water, will make you sick from water intoxication.

Humans need about 4,000 units of vitamin D a day (from all sources). Ten times that amount, 40,000 units, is very safe in a single dose, as I demonstrated to the audience. Therefore, vitamin D has a safer therapeutic index than water.

(Taking the entire bottle certainly got the audience’s attention. I think they were paying close attention to see if I would drop dead. By the way, if you were to take 40,000 units every day for months you would get vitamin D toxicity, after years of such doses you would probably die. After taking 40,000 units at one time – equivalent to two days at the beach – I simply stayed out of the sun for several days).

Good time for another quiz.

True. Researchers from Ireland were the first to demonstrate that vitamin D3 acts as an anti-inflammatory agent and turns old brains into young brains – at least as far as inflammatory cytokines are concerned. This research suggests vitamin D may prevent, or even treat, age-related cognitive decline!
Biochem Soc Trans. 2005 Aug;33(Pt 4):573-7.

2. Your blood sugar is closely associated with your vitamin D level.

True. Researchers in Australia added to the growing evidence that sun avoidance may have caused the epidemic of type 2 diabetes. The Australians’ findings were straightforward and powerful. The higher your vitamin D level, the lower your blood glucose.
Clin Endocrinol (Oxf). 2005 Jun;62(6):738-41.

3. In July, a group from Minnesota found that 100% of elderly patients admitted for fragility fractures were vitamin D deficient despite the fact that half of them were taking vitamin D supplements.

True. The authors found that women taking supplemental vitamin D had average levels of 16.4 ng/ml while women not taking supplements had levels of 11.9.ng/ml, both dangerously low. None of the 82 women got enough sun or took enough vitamin D to obtain a level of 40 ng/ml. These were fragility fractures, not fractures caused by unusual trauma. That is, their bones just sort of fell apart.
Curr Med Res Opin. 2005 Jul;21(7):1069-74.

5. Avoiding the sun doubles the risk of prostate cancer.

True. Again, the risk of avoiding the sun is clear, this time in another study with prostate cancer. However, the authors pointed out that sun exposure increases the risk of skin cancer and believed that proper vitamin D supplementation ‘may be the safest solution to achieve an adequate vitamin D status.’
Cancer Res. 2005 Jun 15;65(12):5470-9.

I also believe supplementation is the only way to go for many people. African Americans are simply unable spend adequate time in the sun. In addition, the sun ages the skin and that fact alone will keep many Americans out of the sun. That said, I go into the sun whenever I can. The reason is simple: it is the most conservative thing to do. Until we know everything the sun does – and it does more than just make vitamin D – the conservative approach is to mimic our ancestors and the environment in which human evolved, whenever we can. Therefore, it makes sense to sunbathe sensibly in the late spring, summer, and early fall and take supplements or use UVB lamps the rest of the time.

Some English doctors don’t know the difference between ideal and “normal” levels.

Most American doctors don’t know the difference either.

All are true. First, the authors reviewed the impressive animal evidence that vitamin D can help treat TB. Then they reported that most of their immigrant TB patients had undetectable vitamin D levels. Then they reported the normal range for their lab was between 5 to 47 ng/ml but “normal” was any level greater than 9 ng/ml. Finally, the researchers reported they treated their patients with “normal daily doses” of vitamin D, without reporting how much they gave. Apparently, they gave just enough to get patients above 9 ng/ml.
JInfect. 2005 Jun;50(5):432-7.

Keep in mind that different laboratory technique result in different ranges for 25(OH)-vitamin D levels. Now matter what technique is used, ideal levels can roughly be defined as any level above the median. In this case, as you will see below in Dr. Heaney”s article, the doctors should have treated their patients with 4,000 units a day. They should also watch for evidence of vitamin D hypersensitivity, which can occur when treating tuberculosis patients for vitamin D deficiency.

We can only mourn for the poor immigrants who have to suffer from both TB and vitamin D deficiency. Of course, few physicians in the USA know the difference between the Gaussian definition of “normal” (average ranges for the population tested) and the ideal definition of “normal” (levels above 32 ng/ml). Getting commercial reference labs to report ideal 25(OH)-vitamin D levels should be a priority of everyone involved in trying to end the epidemic of vitamin D deficiency.

Some nephrologists know the difference between vitamin D and calcitriol.

a) All are true
b) All are false
c) Some are true and some are false.

10. Professor Robert Heaney proved, again, that he is a gentleman and a scholar.
a) True
b) False

True. In the most important clinical paper published this month, Heaney gave the three best reasons why we should all maintain minimum levels of at least 32 ng/ml, the level that:

Then he goes on to show that some of us, especially African Americans, will need to take 3,000 to 4,000 units every day to maintain healthy 25(OH)-vitamin D blood levels.
JSteroid Biochem Mol Biol. 2005 Jul 15.

He then defends the Institute of Medicine’s (IOM) recommendation that we only take one-tenth that amount as the best science that was available in 1997. I admire Dr. Heaney for trying to cover for the IOM. The truth is that both Dr. Heaney and Dr. Holick told the IOM that 2,000 units a day was not toxic and would prevent both adequate treatment and meaningful research. The IOM then proceeded to ignore the only two vitamin D experts on the panel.

Writing two years later, Professor Reinhold Vieth came up with dozens of studies the IOM overlooked. These studies conclusively showed 2,000 units a day could not be toxic. Furthermore, Vieth found the literature published before 1997 clearly showed 10,000 units a day was unlikely to be toxic. Vitamin D toxicity probably starts around 20,000 units a day, and then only if taken for months or even years.
Am J Clin Nutr. 1999 May;69(5):842-56.

Imagine. A rat poison safer than water and crucial to health.

Check out the bone-building supplements that I recommend (and that are free of aggravating ingredients):