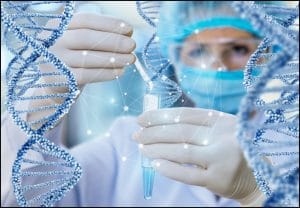 Readers continuously ask me where/how they can get tested for mycobacterium avium paratuberculosis (MAP) infection. This is a bacterial/fungal hybrid that hides inside your cells, so is only detectable if you test for the DNA or RNA of the organism. However, over 90% of Crohn’s patients carry MAP when tested in clinical trials.

And yes, Jini’s Wild Oregano Oil Protocol can eradicate MAP – when combined with holistic healing protocols (diet, emotional healing, bodywork, high dose probiotics, immune strengtheners and so on) – but for those who want solid proof that they either have it, or have eradicated it, they may want the DNA/RNA lab test.

There used to be a couple of labs (over the decades) that could do the test, but after a few years, they stopped or switched services. However, I’m very pleased to hear from Dr. J.E. Williams that there is a lab (that he recommends to all his patients) that can not only do the MAP test, but other tricky viral tests as well.

The lab is called Aperiomics and they have full instructions on their website for both patients and doctors:

“Aperiomics provides state of the art DNA testing for over 30,000 microbes of the viral, bacterial, parasitic and fungal variety. This is a powerful silver bullet in testing for any savvy physician to diagnose the underlying root causes of most medical illness from chronic fatigue to headaches to IBS and a variety of pain syndromes, just to name a few. The staff are friendly, approachable and responsive. It has made a significant difference in the care of my patients and has saved many lives.” – LH Zackrison MD

Another lab – recommended by a reader – that also looks good is Karius. They have a comprehensive list of all the pathogens they test for, with lots of data, research papers, etc.

Which lab is better?

I consulted with 2 friends of mine for their expert opinion on which lab they would use if they wanted to test for MAP. Friend #1 has a PhD in Immunology. Friend #2 is a Medical Geneticist. Here’s what they said:

Immunologist: “Assuming the purpose was to identify the cause of a systemic infection (as that appears to be primary utility for a clinician through whom the test is ordered), I’d choose Karius as, out of the two, it is the only one to have clinical and analytical validation – which they have published, provide limit of detection and are CLIA-certified. The other one, not so much.”

Medical Geneticist: “Karius is definitely the serious one of the two. One concern for your readers is the high false positive rate – it means they will need to get a follow up test to confirm any positive results. If they just want to rule out infection, it’s pretty good – that is, it has a low false negative rate.

Aperiomics is a microbiome company, meaning it will spit out everything in a sample, whether disease causing or not. That can be interesting but without validation studies you never know what their accuracy is.

My metagenomics test (in my own lab – not commercially available) is better than either since I get the RNA viruses – both companies only test for DNA.

The other thing to mention is that the results of any test are critically dependent on getting the right sample. I agree ileal biopsy is probably the best but what is the accuracy rate to diagnose MAP infection when testing stool?

You could ask Karlus if they are able to extract and test formalin fixed samples as many people may have had biopsies done and those tissue blocks will have been stored in pathology. That way people could get the best chance to find what they’re looking for.”

Are you as confused as I am now?

So then I emailed Aperiomics for their opinion as to whose test is better – theirs or Karius? And they replied:

“Karius DX only detects up to 1,000+ pathogens in a blood sample. Aperiomics Xplore- PATHO identifies the DNA of 37,000+ pathogens (Bacteria, Fungi, DNA Virus, Parasites) in 11 different possible samples. We test from the closest source of infection to get the most accurate report. The report drawn is down to the species. It takes approximately 7-14 days to populate a report. It goes through several check points for the utmost validity.

For example, a pathogens has to be identified 30 times, an arbitrary number, in different locations within the sample so that it can be considered for the report. If the latent or dormant pathogen is within the sample at levels higher then 30 touch points it will be reported.

The NGS technology we use, Deep Shotgun Metagenomic Sequencing, identifies 100% of the DNA in a given sample. If it is in the sample we collect, we will find it. In the case of MAPS, we recommend a small biopsy of the ileum to test the tissue.

Peer reviewed articles are on there way.”

Again, being completely unqualified to assess this response, I forwarded it to my Immunologist friend who replied:

“This would go back to the main purpose of taking the test. If it is to reliably determine if you have a MAP infection – Karius is the only one with validated credentials to provide that information. If you’re just curious (without caring about reproducibility of the information or what to do with it) about what may be lurking in different biological samples – then you may opt to go with Aperiomics. You would be given a lot of information that you would have no idea what to do with.

My question to them would be: how often have they found a clinically important pathogen in serum that is not among the 1000 that is assessed by Karius. Given there is no blanket “normal” microbiome for most biological samples – it would be hard to determine what to do with information on 37000+ microbial reads and which ones – if any – are problematic or causing disease (not even considering the fact that they haven’t proven their results are reproducible – and the method Aperiomics use is hardly ever going to get the same result when the analysis is repeated on the same sample!).

This is the problem when people don’t understand host-pathogen interactions. In analogy – let’s take me as an example. When I’m around you, I’m a totally delightful and engaged individual. (bear with me – I’m speaking hypothetically) However, when I’m around my cousin, I turn into an annoyed, dismissive and borderline rude person. It’s not that I’m a different homo sapien in those two situations; it is my response to who I am with that is different.

That’s the same with MAP and people with Crohn’s Disease – of course MAP is widely present in the population. Most people have no problem with this bug – we’ve evolved with it in the environment and have a fairly diplomatic relationship with it. However, people with CD have an immune system that lacks resiliency (case in point – among the best characterized genetic variants of the disease – NOD1 and NOD2 – play a role in sensing intracellular pathogens such as MAP). So culturing the microorganism vs. detecting it by sequencing will provide the same information – i.e. that the bug is present (except the former is more tedious and takes longer). That’s all either test is going to tell you. An immunological test is needed to determine if your response to it is dysfunctional or not – and the likelihood of that is pretty high if you have CD.”

Me: Ok so then is there any value in getting tested for MAP?? If you already have IBD, how is that info going to change the course of treatment, given that most people have it anyway…?

From the perspective of my protocols, you’re still going to do the same multi-pronged holistic healing protocols anyway.

Immunologist: “I am well aware of that there is a group of people who believe CD (Crohn’s) begins and ends with MAP – and if we can get rid of it – either by antibiotics or vaccines – then all will be good. I wouldn’t put money in that bin. I believe MAP is a symptom and not the cause of CD – the cause is poor barrier function and immune resiliency (to both infectious and non-infectious stress). Getting rid of MAP will not change the underlying weakness, and may enable niche replacement for potentially more pathogenic bacteria. The underlying issue of there existing a problematic relationship between the host and its microbiome will not be solved. I do believe this dysfunction can be corrected – but that will take effort on part of the person whose body is a war zone.

You are one of the best examples of that – you didn’t test for MAP – but you strengthened your resiliency (this being a constant thing that needs presence and awareness), and you have successfully regained your health without shelling out a grand or two for microbial testing.”

Medical Geneticist: “I don’t entirely agree with Immunologist. Diseases occur by interactive waves in my view and MAP colonization may well be one of those waves – I don’t think it is the initiator nor do I think it is the final agent of damage but the jury is still out, given the association between very high Crohn’s disease prevalence and inadequate pasteurization along with MAP colonization of cows in certain regions.”

So there you have it – clear as mud! I had to do a bit of digging to find out what each lab charges to test for MAP and the Aperiomics test is $1,000 and Karius $2,000 – apparently health insurance may cover it. My take-away from this investigation is to really examine your answer to this question – and it’s the same question I suggest people ask themselves when considering a colonosocopy:

HOW will the results of this test change my course of action?

Personally, I don’t concern myself much with testing – I prefer to focus on the wholistic approach to healing and since pretty much everyone with IBD needs to go through these same 8 Key Steps, all infectious agents are going to be eradicated, or brought into healthy balance, anyway.

I also don’t think that humans function well when rid of all microorganisms. We have evolved to co-exist with microbes and even after I tested positive for parasites at one point, I still took a slightly different view of things.

The healing protocols in Listen To Your Gut are designed to be used by people without even a basic medical diagnosis (of Crohn’s or colitis, etc.). So get clear on your motivations and what you are really asking for when you embark on testing or diagnostics – will the answers actually be worth the money and effort/time invested? Sometimes we think if we can just get a label for our imbalance, then the way to ‘fix it’ will magically appear. But often, nothing changes in terms of action. We just have more pages to add to our file.