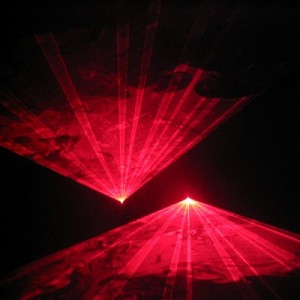 This article was sent in by one of my readers (Amy Spiegel) to share their experience in hopes that it may help others with a similar problem. Amy used my Natural Remedy for Perianal Abscess and Fistula – so be sure to read this too, to get the full instructions for how to proceed. Keep in mind that WE are the cutting-edge of innovative treatments for IBD-related problems, so we need to share our experiments and results with each other. So if you try this therapy and it works, please let us know in the COMMENTS section below. Likewise, if you try it and it doesn’t work, it would also be really helpful if you let us know.

IMPORTANT: Amy’s story prompted me to do some research into laser therapy for infection and wound healing and so be sure to read my corresponding article on How Does Infrared Light Therapy Work? before testing this protocol – as it will ensure you use an infrared laser of sufficient strength.

But let’s get started with Amy’s article:

My son is now in remission and has been ever since I started naturopathic remedies and the Absorb Plus shakes. His main problem that lasted two years was a peri-anal abscess that WOULD NOT HEAL.

My son’s Crohn’s first presented itself with a peri-anal abscess, which was drained in the ER. While we thought that healed it, it really didn’t and it would fill up and ooze about every 10-12 days for almost two years. Now I know this was because the internal infection was still there. It would get very red and painful so I would put hot compresses on it until I could release the infection. Once we did this it would take about another 10-12 days to “fill” back up.

In the meantime I applied the oil of oregano topically, tried the FissureHeal and other suppositories the naturopath gave me, hot baths, mud packs, etc. Nothing seemed to work. His naturopath suggested trying the infrared laser pen light, as she had used it for other wound healing with success.

Her theory was that the laser penetrates deeper into the tissue. If you add a treatment to the skin first, then the laser carries that deep into the wound for healing. So we used ITIRES homeopathic ointment for lymphatic drainage and SanPharma Notatum Drops (for bacterial infections) topically prior to the laser treatment. I also would sometimes add the oil of oregano topically. I did infrared laser pen light treatments of 1-2 minutes every night for about 6 months.

I started noticing immediately that the duration between the abscess “flares” began to lengthen. It went from 10 days, to 14 days, then 18 days, then three weeks, then 45 days – sometimes backsliding to 14 days – but it kept a pattern in general of lengthening. I also noticed that the flares were less painful, less red and less pus, sometimes only a drop. This encouraged us to continue. It was very slow healing.

All the while I kept him on the oil of oregano orally and the Healthy Trinity probiotics. We then got to the point that the infection was completely gone and we stopped the infrared pen light treatments. It has now been nine months with absolutely no recurrence.

However, I felt that he needed to continue maintenance treatment, so our other naturopathic/MD doctor suggested the Lumen Photon 90 Infrared therapy product. I thought this would be better, since he is in his teen years and this is something he can do on his own. It is a pad with several laser lights and can be placed anywhere on the body (except the eyes). He does this a couple times per week (just to make Mom feel better).

He also has started placing it on his stomach. My acupuncturist states “the bad guys do not like the light.” Sounds spiritual to me. So if the light kills off the bad bacteria