Why Are Veggie Caps now called Hypromellose & Are They Natural? 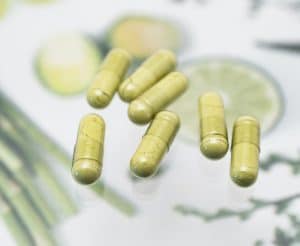 The vegetable capsules Imix Nutrition uses in the products that I formulate are made from hydroxypropyl methylcellulose (HPMC) which is also referred to as Hypromellose. Now, Imix used to be able to list these on the label as:

But then the FDA changed the labeling regulations to require the veggie caps to be listed as: hydroxypropyl methylcellulose or Hypromellose

A few months later, one of my readers sent in this excellent question:

“I have a question regarding both your own brand of healing supplements (e.g MucosaHeal) and the ones that you recommend (e.g Nutricology etc etc.). I have been looking into what the capsules consist of in these and realised they are all made with Hypromellose, in other words a pthlalate! Last I checked pthlalates were very toxic for our health, and could cause a range of disoders and damage, including endocrine disturbances and kidney problems. So I’m a bit confused!

This is something Jini has touched upon herself and in podcasts with others – avoiding toxins in the environment, home, beauty products etc etc. I’m wondering if I’m missing something here – or why this Hypromellose (HMP) is used in recommended supplements etc.”

As per the veggie cap manufacturer’s spec sheet:

“HPMC is a plant based product, a purified form of cellulose, obtained from wood pulp. According to EU regulation 1169/2011 on food information to consumers, annex I, HPMC is categorized as a “Fibre” with following definition: carbohydrate polymer with three or more monomeric units, which are neither digested nor absorbed in the human small intestine. Current laboratory test methods for dietary fibre, such as AOAC 985.29, are however not properly detecting HPMC as a dietary fibre. HPMC is however an edible carbohydrate polymer, a dietary fibre with a beneficial physiological effect demonstrated by generally accepted scientific evidence and hence can be voluntarily declared as such.”

For those of you who didn’t take much Chemistry…

Cellulose – is a chain of carbon, hydrogen and oxygen – usually hundreds to thousands of them all chained together.

Hydroxy – means that somewhere on the cellulose chain, there is an oxygen and hydrogen connected, rather than just a hydrogen.

Propyl – means that somewhere on the chain, there is a side chain with three carbons surrounded by hydrogen.

Methyl – is the same as propyl, but