The Dangers of Hair Dye and Safe Alternatives 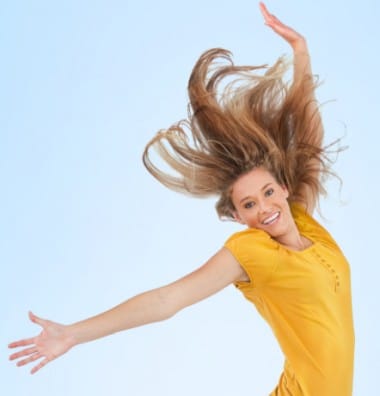 Researchers at the University of Southern California published a paper in the International Journal of Cancer, back in 2001, concluding that women who frequently dye their hair were twice as likely to develop bladder cancer than those who abstain.

So how is it that millions of women still dye their hair? And that among teens, hair coloring is the new make-up?

Apparently, the FDA even attempted to take a stand against hair dye manufacturers back in 1979, but the manufacturers banded together and threatened to sue the FDA, so the FDA backed off. This is the same thing that happened with nitrates – another highly carcinogenic additive to deli meats – producers got together and the FDA gave up. Just saying. Yet another reason not to trust that the FDA is looking out for your interest.

Anyhoo, my uncle recently sent me the coolest article on this controversy and here’s something else about dyeing hair that is worth passing along even if you don’t read the whole article:

“Beauticians are taught the same thing when it comes to hair – that brown dye is a combination of three different dyes. “That’s just fictitious information,” says Tom Despenza. “Brown hair colour is made up of two chemicals.” Both chemicals are colourless, he explains, but they produce brown through a chemical reaction that occurs when they’re combined.

An important distinction exists between colour and dye. Hairdressers are not applying pigments (at least not in the case of permanent hair dye), they are applying a mixture of chemicals to initiate dye formation. The individual dye molecules have to be linked together before they emit colour, so dyes have to sit on the head for 30 minutes to allow this reaction to occur.

For 125 years, the oxidative reaction of PPD has been the extent of hair dye technology. Dr David Lewis, emeritus professor at the University of Leeds in the UK, thinks that this is “crazy”. “Now, I know a lot about dyes and dye stuffs in the textile industry. We would never dream of using this on textiles,” he says. “Primitive, archaic, all these things come to mind. Why do they persist on putting it on human heads?”

The worst chemical you need to watch out for is PPD (para-phenylenediamine) or a related compound called p-aminophenol.

Your hair dye manufacturer may list these chemicals and other ingredients, or it may not. Odds are, your salon colorist has no idea what’s in the products s/he uses either.

You have to choose a hair dye that lists every ingredient on the label, as many dyes marketing themselves as “natural” have been found to contain PPD.

Two brands that are safe and list every ingredient are: 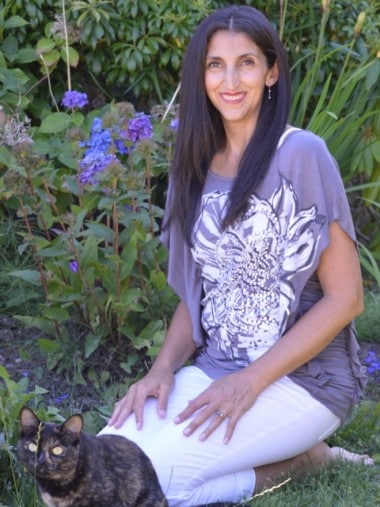 Jini, age 46, with her cat Marbles

This article has a comprehensive list of PPD-Free Hair Dye Products. Or just type “hair dyes without ppd” into your search engine

Personally, at age 47, I do not dye my hair at all. Sure, I’ve got some grey – my daughter once asked me if I was going to “get more silver highlights done?” But the grey doesn’t bother me.

I seek to embrace the evidence of my maturity on this earth, rather than clinging to past versions of myself.

My “attractiveness” and self-esteem come from WHO I am &#821