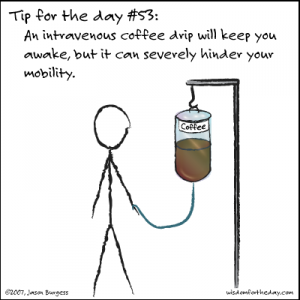 Five days after the birth of my third child, Hugo, I was diagnosed with seven different bacterial infections. No one could figure out why/how they occurred, but the most serious involved two bacterial infections in my blood (sepsis) and also a bacterial lung infection (pneumonia).

As an aside: I know why they occurred – it involves a mind/body pathology and I’ve written briefly about it here. Back to my story…

Unfortunately, we do not have any naturopathic or holistic hospitals in Vancouver, so I had to check into a regular medical hospital BUT I agreed to do so only if my MD brother would oversee my treatment – thus ensuring my safety.

The first thing he did was to make them culture out the infective bacteria to identify the pathogens and see WHICH antibiotics were effective against the pathogens. Only then were they allowed to administer those antibiotics (which we knew would work).

This is not standard procedure. In many hospitals, they immediately start with a common antibiotic and hope it works. This means you could end up cycling through numerous antibiotic drugs until they find the one(s) that work. Obviously, this is not a good thing since drug antibiotics create a lot of collateral and systemic damage. Not to mention the extra time you’ll spend in a very unhealthy (infective) environment.

Next, my brother Millan researched the drugs they said I should receive for 10 days and discovered plenty of recent research showing a 7-day course was just as effective, so my treatment time was cut to seven days, rather than ten.

I took my own Natren probiotics into the hospital with me. Since I was on IV antibiotics, I didn’t worry about scheduling (normally you would take probiotics 2 hours after antibiotic dose), but just took 1 tsp. of each powder, 3x/day. I also did not touch the hospital food and instead drank Absorb Plus shakes (with all the healing supplements added as recommended in The IBD Remission Diet) and homemade broth for all my meals, along with Emergen-C. The Absorb Plus was doubly needed since my mouth had broken out in painful ulcers from the antibiotics.

Lastly, I brought in my own 100% cotton bedding and used a lambskin (from Ikea) for a mattress pad – this keeps you from breaking out in bed sores or pressure sores, the wool regulates your body temperature and it is just really comfortable. I also made sure the window was left open (just a bit) night and day to provide fresh air.

The woman in the bed next to me could not use the toilet, otherwise, I would have had to take extra precautions to ensure I didn’t pick up any infections from her feces. Regardless, I brought my own toilet paper and Kleenex.

At first, I didn’t want my children to visit and risk picking up an infection from the hospital (SARS, MRSA, etc.). But that was just too hard on all of us and so I had Ian bring them, but from the second they stood outside the hospital door, they had to clasp their hands behind their backs and were not allowed to touch anything (no door handles, elevator buttons, chairs, counters, etc.). In retrospect, it probably would have been easier to get them to put on a pair of disposable surgical gloves (available at any pharmac