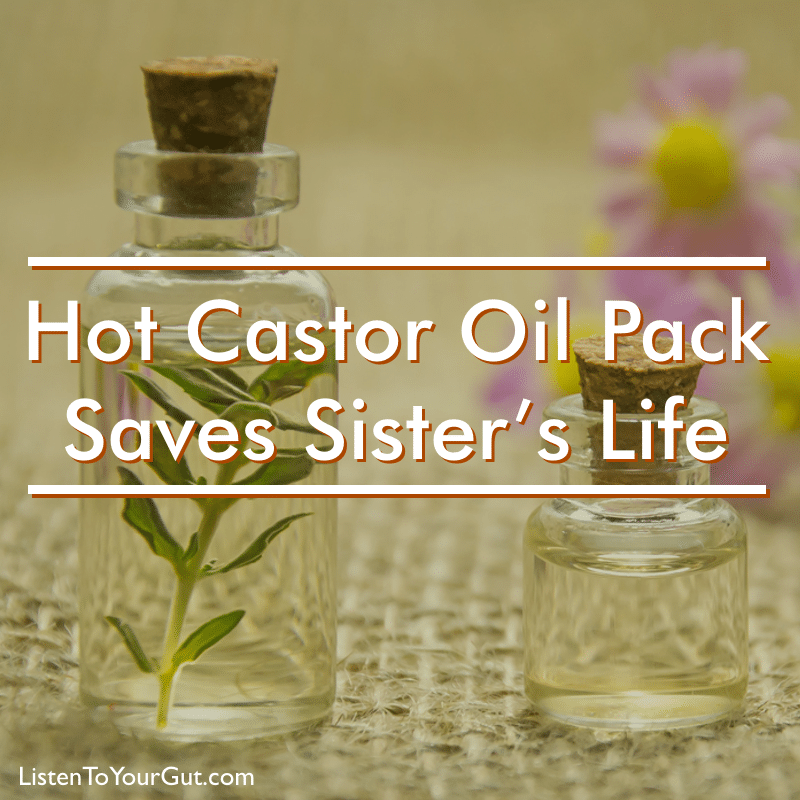 This is such an amazing story from a reader who used the information in this blog post to save her sister’s life when her bowel was impacted. She was in sepsis, and she hadn’t had a bowel movement in 2 weeks…

First thing’s first, I want to say it takes a LOT of courage to face down family members, doctors and nurses to try a non-medical protocol in a hospital setting.

We should all be so fortunate as to have an amazing sister like this!

“Jini…I cannot begin to tell you how thankful I am for your research in health. The oil of oregano book has been absolutely incredible for me, and especially in helping others I know heal the pain they have been suffering with for so long.

I personally, was suffering with a rash that began in the center of my shoulder blades and randomly spread to my legs, arms, my stomach, my sides, and under my breasts. It was sometimes itchy, and most of the time very irritating. The rash lasted for about six months. I went to a dermatologist who gave me a 2 punch biopsy and said he couldn’t detect the problem and needed to do another 5 punch biopsy! I refused. I began using the oregano oil all over my body, And within a week the rash started disappearing, and I was relieved of the irritation. By 2 weeks the rash had almost completely cleared! I was very happy!

Because my sister was previously such a high-powered woman, she has been completely emotionally devastated from her health issues. Now, they had worsened. I received a call from my mother saying Harriet, “didn’t sound right”. I suggested she go straight to emergency. The following day a surgeon called me saying my sister had only two days or so to live because she had an impacted bowel and needed surgery, and refused.

My sister’s legs are incapacitated from these diseases and it is slowly moving up her body. So being that her health is already compromised and her legs no longer serve her; her memory loss and mind is also deteriorating. She refused surgery. The surgeon suggested we transfer her to Nathan Adelson hospice and prepare for her death. We did.

I was so devastated the first night I stayed with her in the hospice – when I saw her reaction to the 7 mg of morphine they administered every four hours plus the Ativan, I couldn’t sleep all night when I got home. Instead I searched for ways to help her and I found you! I stayed up all night studying your website.

I studied your treatment for impacts using Castro oil topically, white flannel, and the special massage. When the break of day appeared, I left the house to find the ingredients and to try the treatment on my sister in the hospice. It took great courage to face the doctors, my family, and nurses who looked at me with great pity as I seemed to fail to accept that my sister was on her deathbed.

In the hospital my sister had not had a bowel movement for two weeks, nor had she had any food, and very little water. She had a pick in her abdomen, and an N and G tube running through her nose to her stomach, and out into a container. She was also sepsis, and breathing rapidly. Now in hospice, no saline, no electrolytes – her tongue was crackling white as she slept away into darkness and through the tunnel of death.

The next morning I decided it was maybe time for her to wake up. She’d been sleeping for so long and I wanted to hear her voice and her thoughts. My mother awakened her gently, but my sister screamed horrifyingly, crying awake saying “Thank you thank you thank you everyone I love everyone!”

That night, I began the c