Flu Pandemics – What You Can Do To Protect Yourself 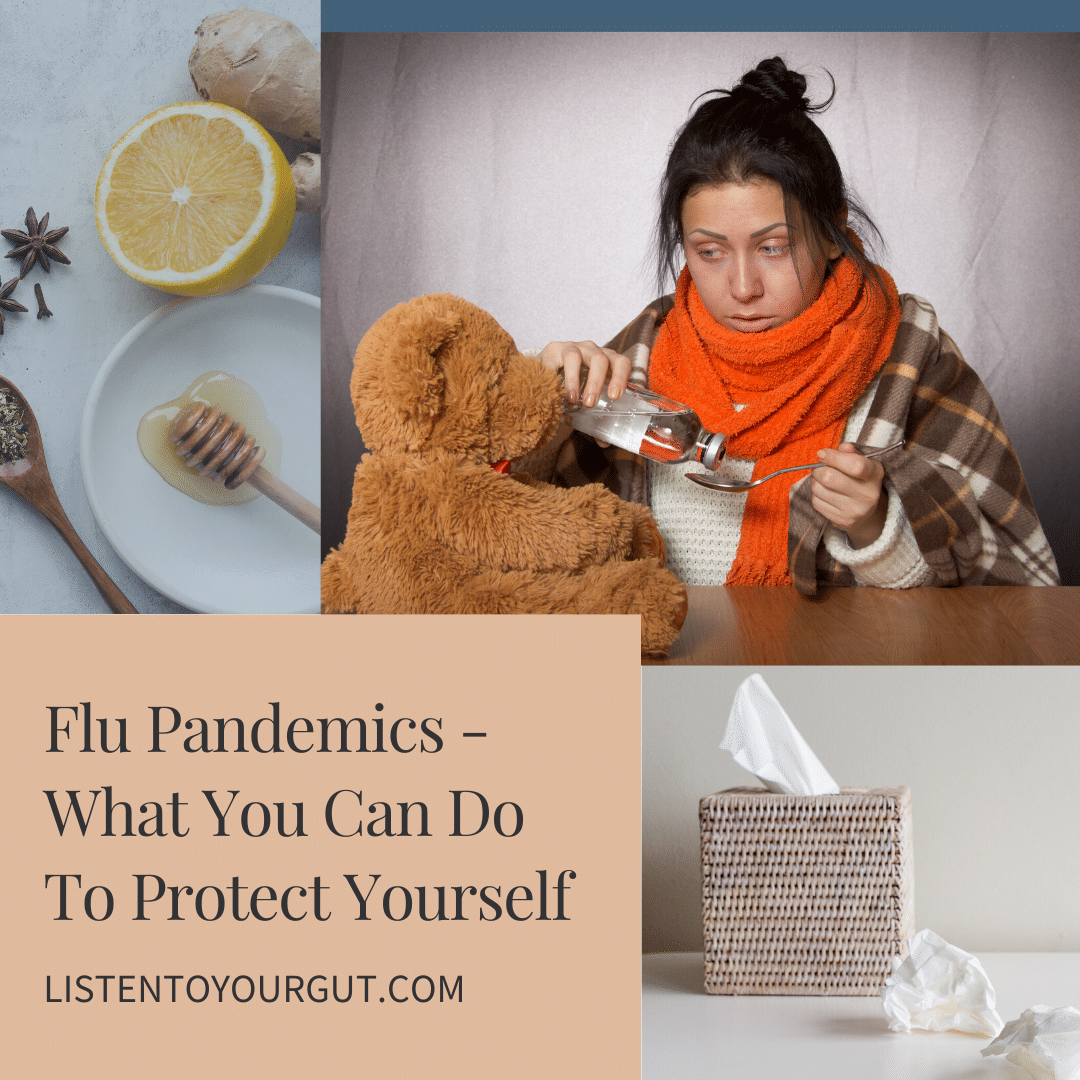 When I first published this blog post, I had come across a news article from Associated Press (AP – one of the major news feed services to all large newspapers across North America and worldwide) that raised alarm about a new bird/pig/human hybrid virus that was sweeping through Mexico killing healthy, strong people (2009).

At that time, Big Pharma just happened to have some flu drugs they’d just tested against this virus and presto – they worked! BUT you had to take the drugs (Tamiflu and Relenza) right away after you contracted the virus for them to be effective. So…. basically if you get any kind of a cold, headache, fever, etc. you should have immediately gone on these drugs… because if you waited to see whether you actually had the flu, or, which flu you had, it could be too late!! After this wide-spread alarm, all I could hear was the CHA-CHINGs!! echoing throughout North America.

I will admit, after having read this news release, my first thought was, “Hmmmm, a bird/pig/human hybrid virus… that sounds like something put together in a lab. Now who would benefit from creating a new virus that required thousands, if not millions of people, to take specific drugs, or risk death?”

Sure, I will say I’m biased against pharmaceutical companies – I will probably believe a conspiracy involving a pharmaceutical pretty quickly, just from knowing their track record. But honestly, couldn’t the mainstream get just a little more savvy about this ever-increasing problem in our midst?

Thanks goodness there are a number of organizations who are also pretty savvy when it comes to the fiscal war being waged over healthcare – or should I say “disease management”.

At that time, conspiracy-theorists (or, skeptical people) were focusing on the military angle. This article gets more into detail about the ‘new virus that escaped from the lab‘. The author wondered if terrorist groups experimenting with bio-warfare are behind it.

And in a comment logged after an article I came across detailing the last pandemic virus – the “Hong Kong Flu” in 1968, which killed one million people – the writer raises the issue of U.S. germ warfare:

I had the privilege of hearing John Stockwell, a former CIA station chief speak publicly many years ago. Among other stunning disclosures, he revealed that he was part of a team that sat in San Francisco harbour and pumped a flu virus into the population . and then sat back and did research. It was known as the Hong Kong Flu.

But again, do these people not realize that Big Pharma and the government are so deep in each other’s pockets that it is perfectly plausible for a pharmaceutical company to fund biological warfare experiments in a win-win situation for both parties? The military gets to conduct their experiments and refine their methods, whilst the pharmaceutical gets to sell billions of dollars worth of drugs and vaccines.