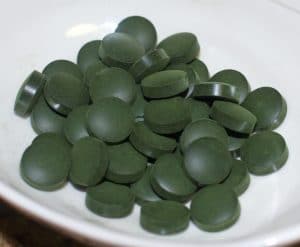 This remedy is not just applicable for Crohn’s, please read on for my comments on how this applies to colitis and IBS as well, at the end of the article.

I’ll also give you the protocols I prefer to use and we’ll talk a bit about using Bentonite Clay as an alternative to activated charcoal.

A pill containing activated charcoal is being tested to treat Crohn’s disease in a clinical trial that came about, in large part, because of Dr. Kenneth Kenigsberg, a retired pediatric surgeon at North Shore University Hospital.

Kenigsberg, 76, likes to say he spent 45 years as a plumber, navigating the complex terrain of the young human body, removing problems. Instead of retiring, he headed into the laboratory at the Feinstein Institute for Medical Research, part of North Shore University-Long Island Jewish Health System.

Three years ago, a lab colleague studying tubular cells in livers noticed a lot of tumor necrosis factor, a protein produced by immune cells that target tumors and inflammation.

Kenigsberg used his “plumbing” skills to help his colleague. He triggered sepsis, a life-threatening infection, in a rat, inserted a tube into its liver and removed its bile, where he found a buildup of tumor necrosis factor, TNF. He knew that the liver drains into the intestine, and that too much TNF could be toxic. It was then he got the idea of using charcoal. An age-old treatment for poisoning, charcoal soaks up toxins. He took rats and mice, made them septic, and fed charcoal to half his subjects. Those that were fed charcoal lived. The others died.

People with Crohn’s have high levels of TNF when they are sick. The condition, which affects 500,000 Americans, is marked by bowel inflammation. It flares up and goes into remission like other so-called autoimmune diseases. Symptoms include diarrhea, abdominal pain, fatigue and vomiting.

Treatments for Crohn’s, which has no cure, include antibiotics and corticosteroids. The latest treatment is an expensive drug called Remicade, an antibody against TNF. It’s infused every few months, at $5,000 per treatment.

What if charcoal did the trick? Kenigsberg got permission to conduct a clinical trial, both from his hospital and from the Food and Drug Administration. He’s been enrolling patients over 18 years old experiencing the active phase of the disease. He draws blood to test immune markers associated with Crohn’s. Then, after three weeks without treatment, patients take six charcoal pills in the morning and six at night for three weeks.

This article is very interesting, but it is still a treatment aimed at alleviating a symptom – not getting to the root cause. Why are TNF levels elevated in people with Crohn’s? Why is the body producing a substance that combats inflammation? Why are the intestines inflamed?

Again, the more I read and the more of my readers I hear from, the more convinced I am that Crohn’s (and colitis) has an infectious etiology (cause). The body is not “overreacting” with the immune sy