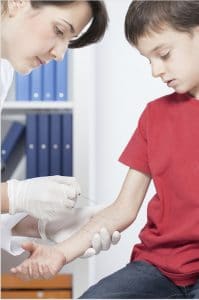 If you live in Canada, you may have thought – like I did – that having a “Do not vaccinate my child” letter on file at your school was enough to ensure your child wasn’t vaccinated during routine school vaccinations. However, that is NOT the case.

My daughter just brought home a Consent Form from her school nurse. It looks like a standard form which lists the vaccinations they would like to inject my child with, along with a box for me to check Yes and one for No.

BUT as I read through the last page, it details a piece of Big Pharma wizardry called The Infants Act – Mature Minor Consent. Unbelievably, this BC Law says that if the school nurse decides my child is capable of making her own health decision, then she can override my Consent Form and go ahead and vaccinate my daughter!

No wait, it gets better…

AND after she has injected my daughter with toxins and viruses extracted from diseased monkeys, along with some of their genetic material, she does not even need to tell me!

Yes, for real, it says: “The immunization records of any child who gives their own consent will not be shared with the parent or guardian, unless the child gives permission.”

I cannot imagine a better set-up for a sanctioned authority figure to use scare tactics, intimidation, peer pressure and other psychological tactics to convince a minor to receive a drug. And yes, that has already happened:

Bootsma’s 14-year-old daughter, who did not want to be named to protect her privacy, told CBC News she was not asked about any medical history of an adverse reaction. Had she been asked, she said, she would have told nurses, “My sister in the past had an allergic reaction to it. So I would have said yes [there’s been an adverse reaction], but they never asked me.”

Bootsma also said his daughter is not mature enough to make medical decisions and was too shy to question nurses.

“She tried explaining it to me, I guess, but I couldn’t really hear her over everyone else.”

I am well and truly shocked. And no offense to my dear neighbours, but I am FAR more shocked this is happening in Canada, than in the U. S. where I expect Big Pharma to control legislation. Well how naive am I? 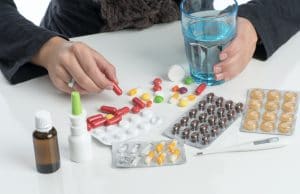 So the pharmaceutical industry and the school nurse get to decide whether my child is vaccinated against my consent. But if that child has an adverse reaction, or develops an auto-immune disease, or a neurological disorder… are they going to take care of that child every day for the next decade? Oh no, right, that would be me. The person who declined vaccination is the one who’s going to suffer ALL the consequences of that vaccination. Well, that just makes perfect sense.

Provincial Health Officer Perry Kendall said that with inoculation rates in Canada down to just 84 percent [I suspect this figure is inflated], public health nurses are just doing their job. He said they are actively trying to boost those numbers when they visit schools for routine Grade 9 booster shots.

“Nurses will, in fact, go and look for the unvaccinated kids to see if they can get them vaccinated,” said Kendall.

It seems as though this mature minor consent law was originally intended to be used for children who needed birth control, or drug/alcohol addiction treatment, abortion, STDs etc. where they were not in a home with loving, mature parents. However, as you can see, it has been hijacked by pharmaceuticals to continue their vaccination swindle and has been used by the same industry-driven doctors to force children to receive drug or radiation treatment for cancer – against the wishes of the parents and the child.

Well, now we know what the situation is. What did I do? My first phone call was to the school, to find out which day the vaccination nurse will be there. I did not call as an ‘outraged parent’ I just called with a simple question and the school secretary assumed I was concerned about getting my form in on time. Perfect. She told me the date and confirmed that vaccinations would only be given on that day. So I will simply keep my daughter home from school on that day – because funnily enough, I do not trust that they will not use coercion to pressurize, or stealth-jab my daughter. I may be naive, but I’m not that naive.

I have also discussed this issue at length with all my kids and made them practice saying this with authority, “If you vaccinate me, my mum will sue you!” That way, if they come back, unannounced, on another day, my daughter will be prepared. I have also asked her to start shooting video the second the nurse starts talking to her. The most important thing is that the audio is recorded.

If you think I’m being outlandish, or paranoid, then read this interview with a former vaccine developer who states that if vaccination became mandatory, he would leave the country, rather than allow his children to be vaccinated. Or, you could just watch this film.