What do Fibromyalgia, Seizures and Jini’s Protocols Have in Common?

The more I read and the more research that emerges, the more it all points back to the GUT!

If by some miracle, you are one of my readers and you are NOT on Natren probiotics (which I’ve been recommending for almost 20 years), then take heed…

This first study examined the microbiota of people with Fibromyalgia versus a healthy control group: 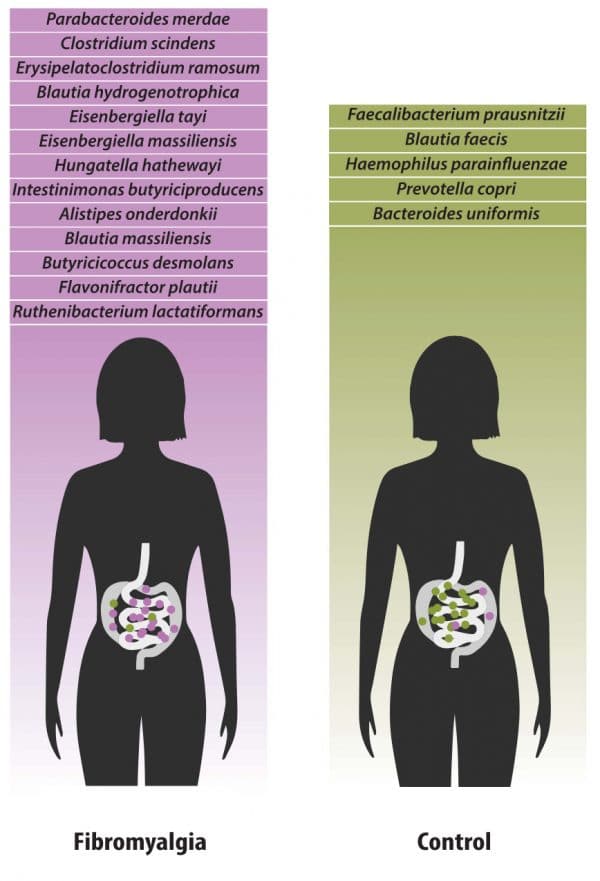 Gut microbiota of people with fibromyalgia vs healthy people

One of the the author’s of the study, Emmanuel Gonzalez, from the Canadian Center for Computational Genomics and the Department of Human Genetics at McGill University said:

“We sorted through large amounts of data, identifying 19 species that were either increased or decreased in individuals with fibromyalgia. By using machine learning, our computer was able to make a diagnosis of fibromyalgia, based only on the composition of the microbiome, with an accuracy of 87 per cent.“

So having a healthy gut flora is so crucial, that by simply examining the stool, researchers could predict the likelihood of fibromyalgia with 87% accuracy!

Then, randomly on the same day, I came across this study done on mice, which attempts to discover why a ketogenic diet has a protective effect against epilepsy and seizures. The answer?

“Overall, this study reveals that the gut microbiota modulates host metabolism and seizure susceptibility in mice.”

Again, if the mice had a good gut flora, the ketogenic diet had a protective effect. But if the mice had their beneficial gut flora wiped out by antibiotics, or were raised in a germ-free environment (note: sterility is not protective and does not build a good immune system – so play/work with soil, snuggle animals and don’t use antibacterial soap/wipes), then the ketogenic diet had no beneficial effect.

Even though I’ve been completely healed for over a decade now, I still avoid grains, keep my carbohydrates low and eat lots of good fats (ghee, coconut oil, flax oil, fish oil, etc), veggies and greens and only pasture-raised or wild flesh/fish. AND of course, I take my Natren probiotics every day – as do my husband and 3 kids who have never had a gut issue and intend to keep it that way!

The other option well worth investigating is something referred to as fecal implant, fecal transplant, or Fecal Microbiota Transplantation (FMT). Dr. Thomas Borody at the Center for Digestive Diseases in Sydney, AU has performed over 12,000 FMT procedures at his clinic. Which basically involves implanting stool from healthy donors (who are well paid for their poop!) into the bowel of people with an unhealthy gut flora.

I did a teleseminar many years ago with Bianca James who developed the very first FMT procedure with Dr. Borody – and they always followed the fecal transplant with a probiotic retention enema of Natren probiotics. At that time, Bianca tested 6 of the top probiotic products on the market and Natren was the only one that significantly increased fecal bact