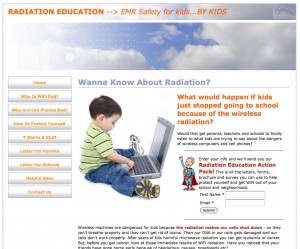 It’s enough to make you crazy – as if we don’t have enough to worry about with GMO foods, pesticides, pollution, factory farming, industrial waste dumping and WiFi radiation – now we have to deal with nuclear radiation as well! Because, of course, we live in a global community where winds and oceans don’t just stay fixed within each country’s borders.

Having said that, a major part of getting healthy – and staying healthy – involves a positive mindset and feeling safe. So if you’re finding it hard to not slide into, “Stop the world, I wanna get off!” mode, try using this affirmation (or re-frame if you use EFT):

This day, right now
I am safe

This will help to keep you centered in the present, where you can actually do things to protect yourself and heal yourself, instead of floating in unspecified anxiety for the future. It may be hard to affirm, “I am safe at all times” if you’ve had any kind of a rocky life to date. Also, history doesn’t confirm that blanket statement either – much as we wish it were true.

So what I find more valuable is to focus on this moment and this day. Today, right now, am I safe? Well, yes I am. I’m 99.9% certain that I will not be arrested, kicked out of the country, tortured, or killed today. So yes, that’s a statement I can make AND I can use the acupuncture points to integrate that statement/reality with my physical body:

This day, right now
I am safe

So in that light, let’s move on to the things you can do to detox yourself from nuclear radiation fallout (from Fukushima, or Chernobyl, or wherever’s next until we get some sane leaders to ban this disastrous technology).

These excellent guidelines are provided courtesy of  Damien Downing, MD and interestingly enough, a number of these substances (particularly phosphatidylcholine) were also recommended by Carolyn Dean MD ND in our Candida, Detox & More! teleseminar.

What can you do?

For each radionuclide there is a different risk and a different set of measures. The US Department of Homeland Security funded a guidelines paper in 2006 [8].

Radioactive iodine-131 For this threat, we take regular iodine, to minimize the amount of the bad stuff that gets taken up by the thyroid. Various forms, such as potassium iodide, do work, but only if given before or within 12 hours of exposure. And, since I-131 has a half-life of 8 days, by the time it gets from Fukushima to the USA there won’t be much radioactivity left. So don’t worry about that one.

Uranium (half-life: thousands of years) is present in Fukushima in large quantities in the fuel rods. No reports of it being found in the environment yet, but there’s plenty of time. And even depleted (non-radioactive) uranium is a highly toxic heavy metal, and one to which anybody who served in Gulf I or II, or in Bosnia or Kosovo, has probably been exposed. So a Fukushima exposure would just add to that toxicity. For uranium there are protocols worked out by the US military. Large doses of sodium bicarbonate (baking soda, in the orange box) minimize the damage caused by uranium and encourage