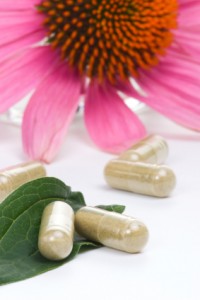 You may have noticed this already: Whenever a natural supplement or herbal medicine becomes well-known and widely used, with lots of evidence piling up for its efficacy – there will then be a slew of media releases in newspapers, magazines, and TV news reports, discrediting that natural medicine. Or, the FDA will ban the substance based on trumped-up charges of user damage.

This is exactly what happened with one of the best wound healers I’ve ever found called Comfrey. The FDA found one person who they claimed died of Comfrey use (the person had long-term, extensive medical problems, was very sick already and then began drinking ridiculous amounts of Comfrey tea) and based on that one incidence, they banned Comfrey use. Of course, no mention or comparison to the 7000 people who die EVERY YEAR in the US from Aspirin use! Then they set upon other bestsellers like Ma Huang (ephedra), St. John’s Wort, and Vitamin E, the list goes on and on.

Well recently I received this article from the Alliance for Natural Health (a European organization) that does an excellent job of detailing exactly HOW pharmaceutical-backed interests use “scientific experts” to compile evidence against natural remedies.

You need to know this information to help you understand how the medical and pharmaceutical industries are very clearly focused on keeping you on your drugs. It’s all about money. They don’t want anyone getting better, because then they lose massive amounts of money. They also don’t want you using natural remedies to heal yourself, because again, you won’t buy their drugs. Read on so you can educate yourself and become savvy about this insidious battle for your healthcare dollars…

On 24 March 2006, The British Medical Journal’ published a meta-analysis (a study of other studies) on omega-3 fatty acids [1] that prompted headlines around the world to the effect that “fish oils don’t work”. This is not the first time a meta-analysis has triggered headlines that discredit natural health supplements.

In November 2004, Dr Edgar Miller and colleagues published electronically in the Annals of Internal Medicine a meta-analysis [2] that provided headlines as bizarre as “High dose vitamin E death warning” (this headline was run by none other than the BBC on 11 November 2004). The meta-analysis appeared to be pitched to tarnish the reputation of vitamin E, a nutrient in which many are known to be deficient. Among many of its problems, the study failed to show how healthy people would respond to supplemental intakes of vitamin E and it only included studies on synthetic vitamin E (dl-alpha-tocopherol). It therefore omitted any consideration of the effects of the seven other related compounds that make-up full spectrum, natural vitamin E, as found in vegetable oils. Interestingly, the body’s absorption of the most important dietary form (gamma-tocopherol) is hindered by high doses of synthetic vitamin E, and this could have explained the negative results found by Miller et al.

The overall conclusion that high-dose vitamin E causes increased mortality could also have been a statistical artefact, with no biological relevance. Since the study assessed all-cause mortality, and not just c