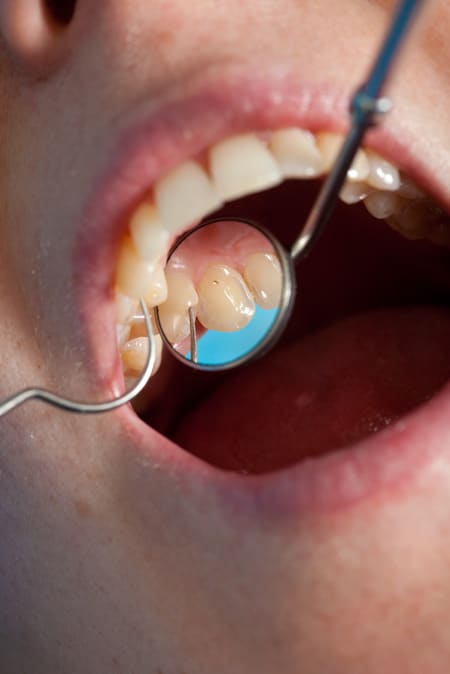 2019 UPDATE: Unfortunately, my dental clinic in Vancouver has now stopped using this machine. The problem they found is that many of microtubules branch off sideways (not just straight down), so the light/sound was not reaching the end of these sideways branches.

Well, hopefully someone figures out how to grow teeth this century! We have so many animals who can re-grow teeth and entire limbs, I honestly have no idea why this is taking so long to figure out…

Those of you who heard my teleseminar with Dr. Ara Elmajian a few years ago, know that he strongly advocated against root canals, and in 30 years had never performed one.

Dr. Elmajian’s clinic in Vancouver has a stellar reputation and when his own daughter’s tooth was in dire straits, he refused to do a root canal on her tooth and pulled it.

Well guess what? There is a new machine that Dr. Elmajian is now using in his clinic and it does… wait for it… root canals! This amazing machine uses light and sound to clear out and sterilize not just the root of the tooth, but the microtubules as well.

Here’s the very simplified layperson’s description of how it works: First of all, the dentist does not drill down into the root or root branches of the tooth. The laser is only inserted in the top part of the tooth, which is filled with liquid. The laser must be accurate to a distance of 0.1 micron, so that it can stop the instant the laser hits the liquid. Which creates a BAM of sound and light (conducted by the liquid), which travels down through the root structure and branches off into all those dozens of microtubules which are normally impossible to sterilize.

And here’s the full 1-hour lecture (at a dental convention) of exactly how this procedure works and why it is superior to anything else we currently have. Don’t worry, it is easy to understand as he explains everything really well with lots of pictures:

This is extremely exciting for those of us who have been waiting for a viable alternative to traditional root canals – other than having our teeth pulled!