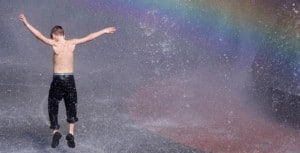 NSAIDS (nonsteroidal anti-inflammatory drugs) like aspirin and ibuprofen cause thousands of hospitalizations and deaths every year due to gastrointestinal bleeding. Fortunately, there are very powerful natural painkillers you can use that do not have harmful side effects. Learn about an effective painkilling herb used by Chinese, Indian and Native American Indians for centuries, as well as a do-it-yourself acupuncture tapping technique and become pain-free at last – with no damaging side effects.

WHY YOU SHOULD ONLY USE NATURAL PAINKILLERS

Nearly one-third of all gastrointestinal bleeding related hospitalizations and deaths are the result of using aspirin, ibuprofen, or other NSAIDS (nonsteroidal anti-inflammatory drugs), according to an August 2005 report in The American Journal of Gastroenterology.

But you may think, oh well I’m only on low-dose aspirin, or baby aspirin, and my doctor told me to take it for heart attack prevention. However, up to one-third of these GI bleeding deaths were due to low-dose aspirin. In real-life numbers, this means that out of every 100,000 people that use aspirin, ibuprofen and other NSAIDS, 15 will die from it.

If these odds look okay to you, then carry on. But if they seem rather high, and out of proportion to the reason you’re using painkillers, then you may want to look at some natural alternatives.

If you find yourself in need of a painkiller, you should investigate both acupuncture and EFT (Emotional Freedom Technique), if you want long-term results.

Taking a pill or supplement that kills the pain for a few hours is a coping mechanism, but not a solution. You have to find out why your body is experiencing pain and heal/release the root or cause of that pain from your body. I particularly like EFT (which involves tapping on acupuncture meridian points) for this, because once you know how to do it, you can perform it on yourself and do not have to see a therapist for relief. EFT is amazingly effective with all kinds of pain; back pain, migraines, gut spasming, joint pain, etc.

See my special webpage for more resources and information on EFT.

Another natural painkiller is White Willow Bark (from which aspirin was derived). White willow bark was originally used by Native American Indians and boiled to make a tea which was drunk to alleviate pain. It was also used 2,500 years ago by Chinese physicians, who also used the bark of the willow tree to treat pain and fever.

In the 19th century, western scientists discovered the active ingredient in willow bark was salicin, a natural chemical which the body first converts into saligenin and then into salicylic acid. Using this model, German chemists synthesized acetylsalicylic acid (an non-natural molecular structure and therefore able to be patented by the Bayer drug company), from which all pharmaceutical ASA (acetylsalicylic acid) products are made. However both ASA and natural salicin work in a similar way.

White willow bark reduces pain by blocking the body’s production of inflammatory prostaglandins, which are hormone-like substances involved in inflammation and muscle contraction. White willow bark is also a very effective fever reducer. You can buy it in capsule form and either swallow it, or, open the capsules and mix the powder with Cocoa Butter to make a suppository (I do this for children – but make sure to reduce the dosage appropriately).

In its centuries of use there have been no contra-indications recorded from the use of white willow bark, or salicin. Traditionally it has proved safer then Aspirin and other synthetically derived salicylate based anti-inflammatory drugs. No cases of any serious side effects have ever been reported in medical literature. It is gentler on the stomach, and has a less toxic effect on the body in general.

The only restrictions on usage is that white willow bark should not be taken with aspirin, or by those