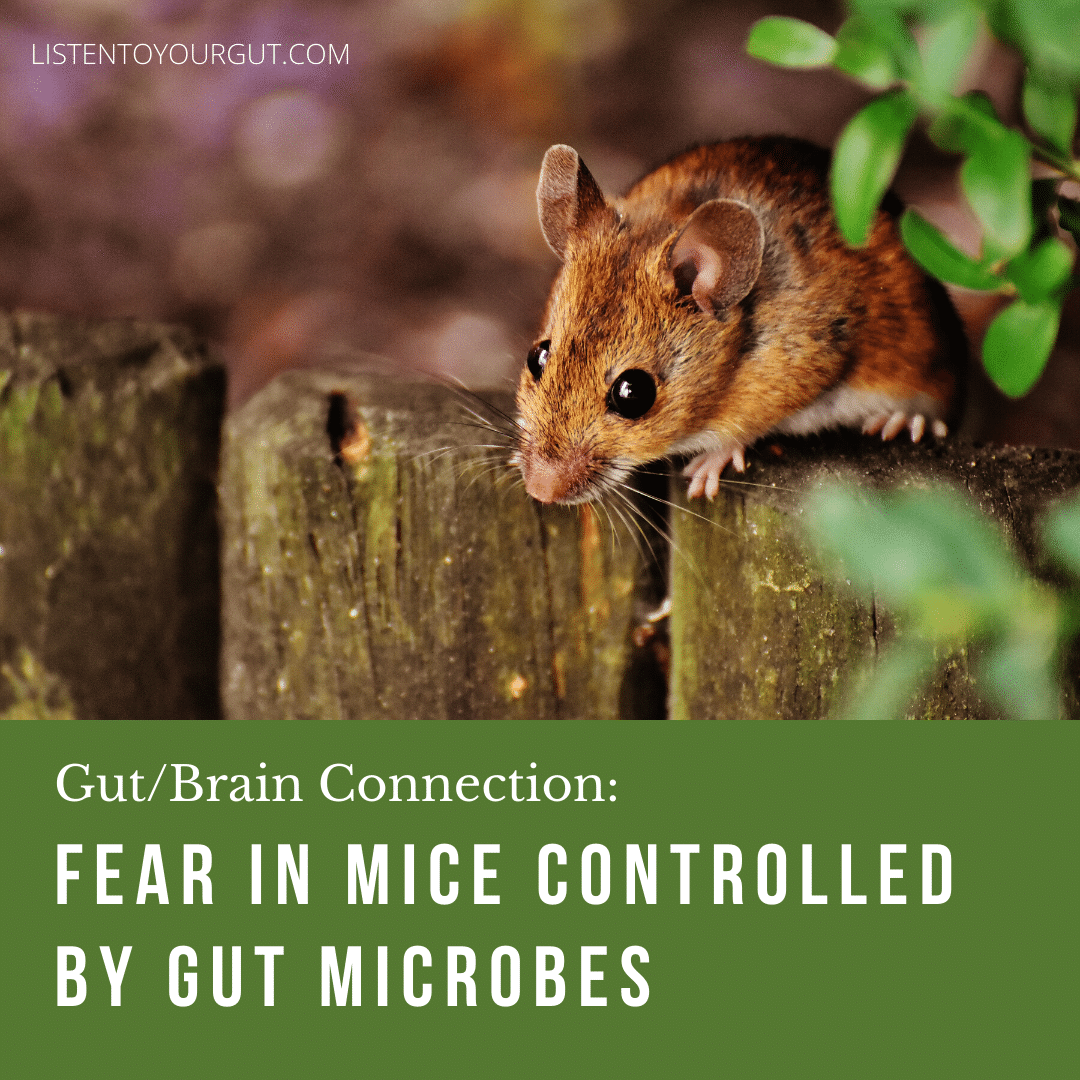 I came across this fascinating article by ScienceMag.org surrounding how gut microbes were observed having the ability to control fear in lab mice, and I had to share…

“Chemicals released by bacteria in the gut seem to influence how mice recover from fear — an ability linked to chronic anxiety and post-traumatic stress disorder. Mice that were trained that a certain sound meant a painful shock were able to forget the association after some time with a painless version of the tone. But mice treated with antibiotics to wipe out the microbiome were never able to get over the learned fear. When researchers looked closer, the bacteria-free mice had changes to their brains and different chemicals flooding their bodies.”
Science | 5 min read
Reference: Nature paper

I just couldn’t pass up the opportunity to further stress Jini’s emphasis on mind/body/spirit balance – the influence your mind/brain has on your gut, and vice versa! As mentioned in the article, “the more researchers look, the more connections they find between the microbes in our intestines and those in our brain.”  It appears possible that gut bacteria could have an effect toward a wider variety of conditions than people once thought – from depression to autism. “Now, a study on how mice overcome fear is starting to reveal more about the mysterious link between gut and mind…”

If you are familiar with Jini’s writings, then you may know she has an entire section of the blog dedicated to mind/body/spirit healing. But why is this important?

Have you ever noticed that your flare ups usually come on during times of stress, fear, anxiety, etc.? “Not feeling safe” is a big issue in auto-immune disease, and you may find that you won’t experience full healing until you address the trauma and wounds in the very cells of your body and release them. That direct link between the body and mind is why Jini emphasizes emotional healing – EFT (emotional freedom techniques) tapping, for example, hypnotherapy, or cranial sacral therapy.

Dr. Peter Levine, who developed body centered work called Somatic Experiencing therapy, also featured an article on his website which completely encapsulates this process – and is written in an absolutely engaging way.

When you’re in a flare-up, or life gets really stressful, it helps to have some mind/body strategies in your toolbox to shift your body’s exp