Fix Your Eyesight Without Glasses or Surgery 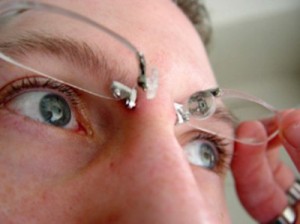 I found this article and thought it was remarkable enough to pass on. It’s the story of a young man’s dreams taking flight after being told he would never achieve them. If you have bad eyesight or know anyone that does, you’ll want to read this.

Everything Old Is New Again: Rebuilding Your Vision

Glasses, contacts, or surgery. These are the usual choices offered to those of us with bad vision. Orlin Sorensen, though, needed an alternative. A commercial airline pilot who found himself in jeopardy of being downsized after the 9/11 tragedies, Sorensen decided to go for broke and pursue his lifelong dream of becoming a Navy fighter pilot. The only catch was that Navy fighter candidates were required to have near-perfect, uncorrected vision — no surgery allowed.

As for so many who seek different medical options, it was word of mouth that led Sorensen down a different path: a fellow pilot suggested eye exercises to naturally correct vision. Turns out, the exercises weren’t so much the “road not taken” as the “road not taken in a while.” Sorensen’s research revealed that natural vision training, in fact, had been around for almost a century.

Natural vision correction involves performing eye exercises and relaxation techniques daily to increase optical muscle strength and coordination. With a 30-minute daily routine, after just a month Sorensen improved his vision from 20/85 to 20/20; he went on to pass the Navy’s visual acuity test. In 2001, he founded a company, Rebuild Your Vision, to share his knowledge with the general public and to challenge the widespread belief that surgery is the only method of correcting vision. As more and more people turn to alternative medicine — one in three people in the U.S., according to the New England Journal of Medicine — Sorensen’s company has proven to be visionary in more ways than one.

A wholistic orientation to health

Watching TV, computer use, reliance on optical correction from glasses and contacts, as well as the normal aging process, all contribute to weak and distorted vision. Integral components of the eye are not stimulated but instead suffer from a narrow range of use, in the same way that repetitive mousing and typing tasks on the computer can lead to tendonitis in the arm and, eventually, carpal tunnel. Just as you exercise your body at the gym or practice yoga in order to improve muscle tone, agility, range of motion, and flexibility, so too do the eyes benefit from daily exercise. Designed to reverse the stresses placed upon the optical system, the vision-rebuilding process fortifies your eyes in ways that would never be achieved through normal daily activities.

Sorensen’s Rebuild Your Vision program provides multilevel goals and strengthening tools that challenge and stimulate different parts of the visual system. Customized training programs are available for those suffering from nearsightedness, astigmatism, and aging vision presbyopia). The program’s simple drills and exercises can be done at home, in the office, or on the road, thus enabling the practitioner to integrate them as part of an overall healthy lifestyle. It’s no accident that Sorensen is from Seattle, a city surrounded by natural beauty whose residents are perennially voted as some of America’s fittest.

Not only has Rebuild Your Vision become a success — according to surveys from customers worldwide, the program boasts over a 90% success rate in improving vision problems — but the medical establishment has also done research supporting the theories that the program is based upon, as in this excerpt from the Journal of the American Optometric Association describing the results of subjects who underwent natural vision training: “Subjects often stated that they had experienced the ability to make eye contact (without correction) with people across a room or street; they could see buildings and windows clearly without glasses many miles across San Francisco Bay, or in the case of high-diopter myopes (> -4.0 diopters) they were able to read books easily at arm’s length”.

Unlike eye surgery, natural vision correction is noninvasive and risk-free. And unlike glasses or contacts, it an active