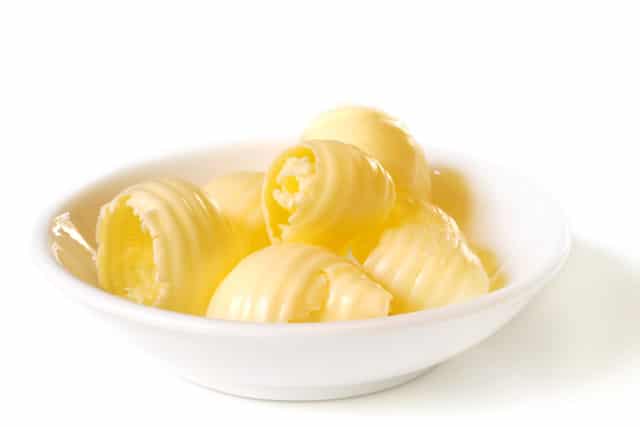 I often get emails from my readers who are vegetarian or vegan and struggling to heal. Much as I respect the ideological and environmental motivators for veggie diets, in physical terms, they are simply not good (long-term) for the human body.

Vegetarian diets can be very useful short-term for healing from certain types of cancers, or as a detox. But for a healthy long-term, daily diet, you need to get some animal-source nutrients – especially animal fats.

Dr. Weston A. Price was a dentist in the 1920’s who spent 10 years of his retirement travelling the globe – looking for tribes or villages of people who were extremely healthy. He defined ‘healthy’ as having no degenerative disease and a cavity rate of less than 1%. Pretty good standards if you ask me!

Whenever he found a group of people who met these requirements (from Swiss villages, to Inuit, to African tribes) he studied them, paying particular attention to what they ate. If you would like to read his flagship book on this, it’s called Nutrition and Physical Degeneration (available at Amazon.com) and it’s fantastic.

After studying these incredibly healthy groups of people from various locations around the world, he concluded that there were certain key dietary factors that they all had in common, which resulted in their superb health:

“Price took samples of native foods home with him to Cleveland and studied them in his laboratory. He found that these diets contained at least four times the minerals and water soluble vitamins–vitamin C and B complex–as the American diet of his day. Price would undoubtedly find a greater discrepancy in the 1990s due to continual depletion of our soils through industrial farming practices. What’s more, among traditional populations, grains and tubers were prepared in ways that increased vitamin content and made minerals more available–soaking, fermenting, sprouting and sour leavening.

It was when Price analyzed the fat soluble vitamins that he got a real surprise. The diets of healthy native groups contained at least ten times more vitamin A and vitamin D than the American diet of his day! These vitamins are found only in animal fats–butter, lard, egg yolks, fish oils and foods with fat-rich cellular membranes like liver and other organ meats, fish eggs and shell fish.

Price referred to the fat soluble vitamins as “catalysts” or “activators” upon which the assimilation of all the other nutrients depended–protein, minerals and vitamins. In other words, without the dietary factors found in animal fats, all the other nutrients largely go to waste. Many people think that if they just take supplements to make up the missing nutrients, that they’ll be okay. However, that is simplistic/incorrect reasoning, as this article details why a Vitamin B12 supplement won’t be enough.

Price also discovered another fat soluble vitamin that was a more powerful catalyst for nutrient absorption than vitamins A and D. He called it “Activator X” (now believed to be vitamin K2). All the healthy groups Price studied had the X Factor in their diets. It could be found in certain special foods which these people considered sacred–cod liver oil, fish eggs, organ meats and the deep yellow Spring and Fall butter from cows eating rapidly growing green grass. When the snows melted and the cows could go up to the rich pastures above their village, the Swiss placed a bowl of such butter on the church altar and lit a wick in it. The Masai set fire to yellow fields so that new grass could grow for their cows. Hunter-gatherers always ate the organ meats of the game they killed–often raw. Liver was held to be sacred by many African tribes. The Eskimos and many Indian tribes put a very