Before You Send To All Your Friends…

As the Internet and email become (or already are!) a primary method of communication, corporate and political lobbying groups are getting VERY smart in using tactics to misinform and manipulate people.

Here is a great example of this: This email was spread virally among friends of an older age group. You can see how it’s specifically written to target the baby-boomer generation: 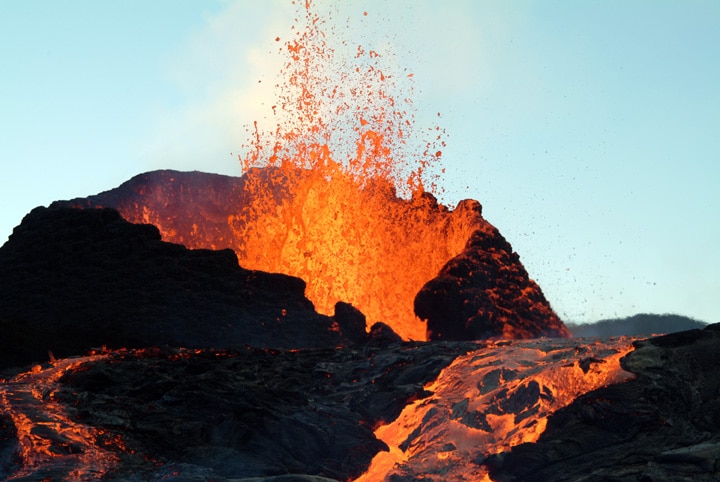 “SUBJECT: To think we can change the earth

For all of you out there across the globe who have fought so hard to tackle the hideous enemy of our planet, namely carbon emissions, that bogus god you worship named “Climate Change” or “Global Warming”,  there is some really bad news that will be very painful for you to process.

The current volcanic eruption going on in Iceland, since it first started spewing volcanic ash, has, to this point, NEGATED EVERY SINGLE EFFORT you have made in the past five years to control CO2 emissions on our planet.  Not only that, this single act of God has added emissions to the earth estimated to be 42 times more than can be corrected by the extreme human regulations proposed for annual reductions.

It’s very disheartening to realize that all of the carbon emission savings you have accomplished while suffering the inconvenience and expense of driving Prius hybrids, buying fabric grocery bags, sitting up til midnight to finish your kid’s “The Green Revolution” science project, throwing out all of your non-green cleaning supplies, using only two squares of toilet paper, putting a brick in your toilet tank reservoir, selling your Landcruiser and speedboat, going on vacation to a city park instead of overseas, nearly getting hit every day on your bicycle, replacing all of your $1 light bulbs with $10 light bulbs …well, all of those things you have done have all gone down the tubes in just the past week. The volcanic ash emitted into the Earth’s atmosphere in the past weeks has totally erased every single effort you have made to reduce the evil beast carbon.  And, those thousands of jobs you helped move to Asia with expensive emissions demands on businesses…you know, the ones that are creating even more emissions than when they were creating our jobs, well that must seem really worthwhile now. And I do wish that there was some kind of silver lining to this volcanic ash cloud but the fact of the matter is that the bush fire season across the western U.S.A. will start in about 2 months and those fires will negate your efforts to reduce carbon emissions in our world for the next 2 years.

So, grab a beer, give the world a hug, and have nice day!”

Did you know that oil companies pay people to write these viral emails and then send them communities like your friends? They prefer this kind of political communication because it can’t be traced to source, which enables them to tell enormous lies without consequences – this email is a perfect example.

In reality: the volcano actually CUT global emissions because the planes it grounded for just a few days would have emitted FAR more CO2 than the volcano. Google it yourself, look for a credible source, don’t trust corporate-schmuck propaganda! These greedy-guts want to screw your grandchildren for their own profit – don’t be their tool!!

Here’s some folks who are willing to be public and source their claims:

This environmental blog says grounded planes cut CO2 more than volcano increased it and provides the raw data they used to calculate:
http://www.treehugger.com/files/2010/04/volcano-vs-planes-the-emission-equation.php

This site uses US government data to show that ALL volcanic emissions are less than 1% of human emissions:
http://www.grist.org/article/volcanoes-emit-more-co2-than-humans

We’ve all got to get