Natural Remedies for Achalasia and Dysphagia 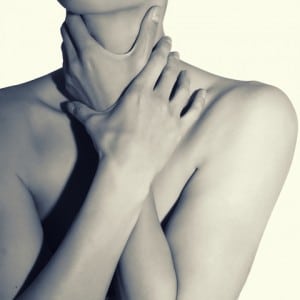 Esophageal achalasia is a disorder which inhibits food from passing through the esophagus and also causes the lower esophageal sphincter from relaxing. The most common result of this disorder is difficulty swallowing but it can also cause regurgitation or chest pain.

Dysphagia is the medical term for difficulty swallowing. It is often cited as a symptom of some other condition or disorder (such as esophageal achalasia) but it can also be a condition by itself.
If you have occasional trouble swallowing then you aren’t likely to have dysphagia but if you frequently have difficulties then you may want to seek a diagnosis by a professional – or try some of the remedies below!

Any of the conditions or syndromes that involve difficulty swallowing may be relieved or even healed by using the protocols below. In addition to all the causes listed above, difficulty swallowing can also be caused by a chronic iron deficiency; which can cause webs or little “shelves” of tissue to develop in your esophagus, where the food gets stuck – this is something that I personally have experienced.

So in addition to utilizing all of the treatments below, I have also experimented with my throat when in a choking/stuck food situation and found that if I dropped my jaw, tilted my head down, and with my intention got the muscles in my throat to open the passage in an oval shape, the food slipped off the ‘shelf’ and down my esophagus. When food was stuck there, I could breathe, and could say a few words with difficulty, but my throat would spasm and go through the choking motions, so it was still pretty traumatic each time it happened.

1. Experiment with related structures: I encourage you to experiment with your own throat – use water during experiments – to see if there’s a position you can hold your head, neck, or jaw in that makes swallowing easier. This will not only be helpful during a choking episode, but it will also give you valuable information about where/how y