Medicalizing Life’s Problems – Rather Than Solving the Root Issues 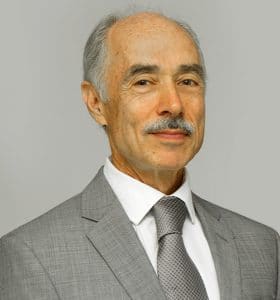 Here’s a little story from Dr. Goldberg for you, to kick off this topic:

“We had a 47-year-old female patient, who following the advice of her Holistic, Functional Gynecologist, had a complete hysterectomy, plus a bilateral mastectomy based only on having the BRCA II gene. This was followed by a year of Diflucan  prescribed by a local Naturopath and being placed on Thyroid Replacement Therapy because her T3 level was one point below normal. She now has silicone breast implants to boot. Pretty frightening, all in the name of being ‘natural’. We are increasingly seeing this type of scenario.”

Dr. Paul Goldberg specializes in chronic disease reversal and healed himself of severe rheumatoid arthritis and ulcerative colitis in his twenties. Now in his sixties, he continues to experience robust health, but his daily supplement list consists of nothing more than a multi-vitamin. WHY? Because his daily, normal life supports the innate healing ability of the human body.

We talk about some of these “common sense measures” in this teleseminar. And I have to say, it gave me a tremendous feeling of hope and vision for something I have believed in and promoted for a long time. As Dr. Goldberg says:

“Odd how we are expected to conduct large scale, double-blind, case control studies on the employment of sunlight, fasting, liquid diets, emotional counseling, extended rest and sleep, pulling people off poisonous habits (e.g. drugs, alcohol, tobacco, marijuana, etc.) – what we view as common sense measures. Also, a great deal of time is given to each patient and effort is made to sort out etiological (disease-causing) factors.”

For example, did you know that 1/3 of female patients are on thyroid hormone replacemen