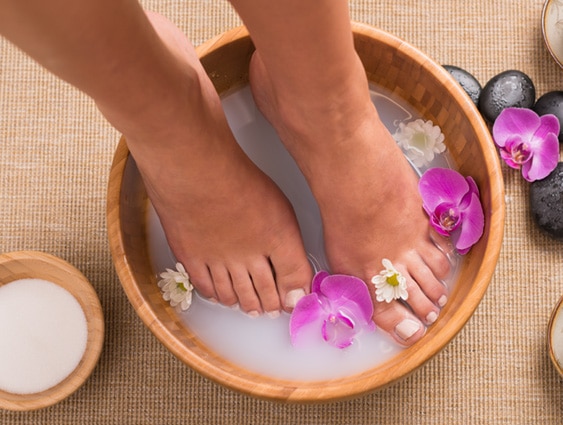 WARNING: Always be careful when handling 35% food grade, as it is powerful enough to ‘burn’ your skin off. And absolutely keep it away from children and other unsuspecting family members. If you spill some, wash the area immediately with water to dilute it. If you get it on your skin, rinse under running water. The skin will temporarily turn white, and in extreme cases peel off, but no permanent harm is done as the ‘burn’ will heal fairly quickly. If it’s in a plastic bottle, then direct the opening away from you when you open it, in case it spits some out from the pressure build-up.

Here are some other great uses for hydrogen peroxide:

Many people have found it beneficial to drink diluted amounts of hydrogen peroxide, as a whole-body cure, but it can be nauseating and cause stomach upset. And I especially don’t recommend this method of ingestion for people with gut issues. It is far better to absorb it through the skin, so you get the same benefits, but it bypasses the digestive system, so does not cause any irritation to the gut.

Put 8 ounces of 35% food grade H2O2 in a tub of warm, chlorine-free water and soak for 25-30 minutes. Absorption through the skin is really high, but bypasses the digestive system.


Or, you could spray your body after a shower with 3% hydrogen peroxide, avoiding the eyes and hair. Then walk around naked, letting it air dry and absorb fully into your skin. Another great way to get hydrogen peroxide into your body, yet bypass the digestive system, is to use a footbath.

Soak feet for 15 – 20 minutes. If redness or irritation occurs, the amount of peroxide used can be reduced. This foot soak is also used by diabetics to restore leg circulation.

For a germ-killing mouthwash, gargle with 3% hydrogen peroxide, and then rinse.

To use as a douche, add 2 tablespoons of 3% hydrogen peroxide to a quart of distilled water.

To use as an enema, add 2 tablespoons of 3% hydrogen peroxide to a quart of distilled water. Ideally, follow 2 hours later with Jini’s Probiotic Retention Enema. Remember, we don’t want to kill off bacteria in the intestines without replacing them with good bacteria. Don’t leave a void – or you could be setting yourself up for opportunistic infection.

To remove pesticides, spray vegetables and fruits with a 3% solution of hydrogen peroxide and then rinse.

In the dishwasher, add 2 oz. of 3% hydrogen peroxide to the regular washing formula – does not need to be food-grade in this application.

For washing clothes or towels that may be smelling from bacterial growth, add 8 oz. of 3% hydrogen peroxide to the wash in place of bleach – does not need to be food-grade in this application.

For even more background on HOW hydrogen peroxide is so healing to our bodies and even more ways to use it, click here to download a Free Hydrogen Peroxide eBook with great information and instructions.