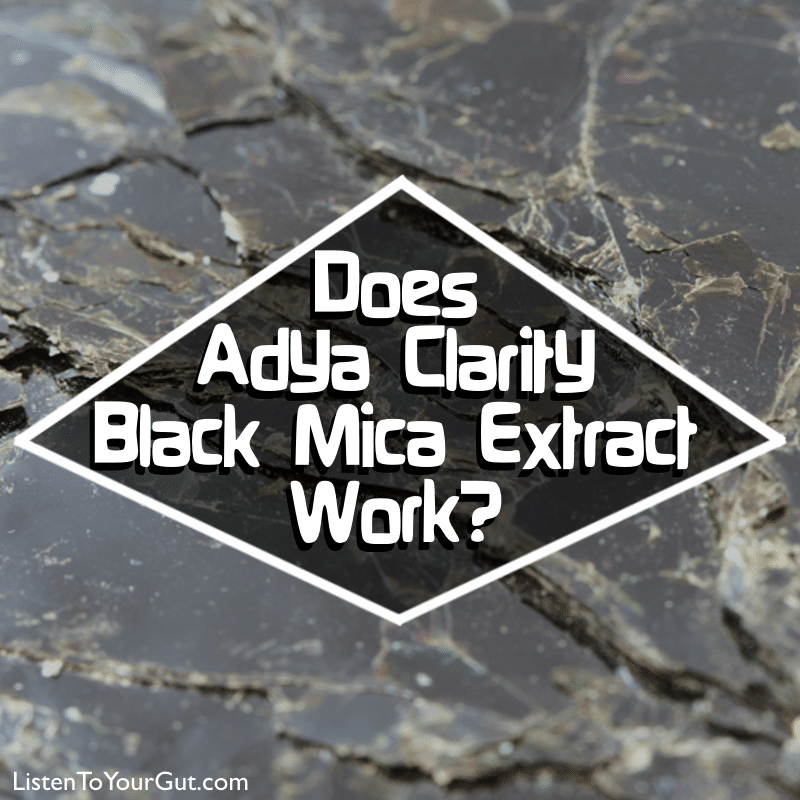 If you’re into the raw food movement, you may have heard about a product called Adya Clarity. The people who are selling (and re-selling) this product are making some pretty amazing claims. And perhaps, like me, you’re wondering how much is hype and how much is genuine?

Here’s the story behind Adya Clarity and other black mica products as stated in an email promotion:

“In the 1960s, Dr. Asao Shimanishi, a noted scientist and doctor from Japan, discovered after decades of research, that the rock that contained the most abundant minerals is black mica.

Black mica (also known as biotite) is found in a wide variety of igneous and metamorphic rocks.

Dr. Shimanishi also discovered that the minerals he extracted from black mica rocks from north of Tokyo had a tremendous healing and nourishing power.  He invented a patented way to extract minerals from black mica and maintain them in an ionized form.  As a result, people who ate vegetables fertilized with the ionized water became healthier and rejuvenated.  This rejuvenative effect may well stem from the fact that the human body consists of the same foundational building blocks as black mica.

In Japan, Dr. Shimanishi is regarded as an authority on the treatment and cleaning of water.  He’s probably best known for healing entire bodies of water using a magnetic sulfate mineral solution extracted from the most mineral-rich black mica deposit in Mt Fuji, Japan.

He has demonstrated how he can easily take whole ponds or lakes that are filthy, murky and contaminated — and within one hour, transform the water, making it pristine, crystal clear and potable.  And the water would thereafter stay fresh and clean permanently because the contaminants never re-dissolve in water once the water is treated.

There’s a version of the magnetic sulfate mineral solution that Dr. Shimanishi designed for human consumption.  It’s called Black Mica Extract.  When you put a dropper full of the solution into a glass of tap water, you’ll see before your very eyes how the solution pulls the invisible toxins and contaminants from the water, gathering them together into larger-sized, visible particulates that are heavier than water, causing them to precipitate (sink) to the bottom of the glass.  Once the toxins and contaminants are extracted, they become inert substances that are rendered harmless, as well as insoluble, thereby preventing them from being re-absorbed by the water. In addition to cleaning the water and getting rid of all the heavy metals, th