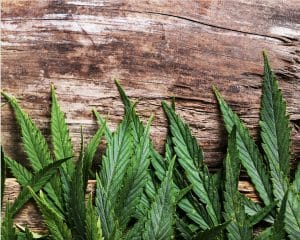 One of my videos on YouTube shows people how to make their own suppositories. As you may know, we sell the kits to make your own suppositories for healing internal hemorrhoids, so I also made this video to give people an easy-to-follow tutorial. However, one of the viewers on my channel asked whether she could put Valium in the suppositories to relax rectal spasm.

I had never thought about that, although I do have an eBook on Natural Treatments for Rectal Spasm, so her question set my brain humming…

And I started thinking about what substances could be put into a suppository to relax the rectum (muscle tissue), which then led to me thinking about proctitis or localized inflammation…

Keep in mind that Cannabis sativa contains over 421 different chemical compounds, including 60 cannabinoids. But for the purpose of this article, we’ll just talk about the two most commonly studied components: THC and CBD.

So then I wondered, how does Cannabis sativa behave when administered rectally? Well there’s been a ton of research done on this powerful herb – which the medical literature refers to as a drug and of course Big Pharma is testing synthetic versions they can patent – and I found a nice overview on PubMed comparing all the different application and absorption rates of inhaled, oral, rectal, transdermal, intravenous, etc. And guess what?

Rectal absorption and utilization of cannabis is twice as effective as oral:

“Rectal administration of 2.5−5 mg of THC produced maximum plasma concentrations of 1.1−4.1 ng/ml within 2−8 h. The bioavailability of the rectal route was approximately twice that of the oral route due to higher absorption and lower first-pass metabolism.”

However, since THC is also responsible for a lot of the mental/emotional and undesirable cognitive effects of marijuana, you may want to use CBD instead. The good news is that CBD is also anti-spasmodic and anti-inflammatory:

“Cannabidiol (CBD) is a natural, non-psychoactive constituent of Cannabis sativa, but possesses pharmacological activity, which is explored for therapeutic applications. CBD has been reported to be neuroprotective, analgesic, sedating, anti-emetic, anti-spasmodic, and anti-inflammatory. In addition, it has been reported that CBD blocks anxiety produced by THC, and may be useful in the treatment of autoimmune diseases. CBD also has been reported to decrease some of the side effects of THC. These potential therapeutic applications alone warrant investigation of CBD pharmacokinetics. Further, the controversy over whether CBD alters the pharmacokinetics of THC in a clinically significant manner needs to be resolved.”

Unfortunately I cannot guide you in which brand of CBD to use, nor how much to put in each suppository. But I did find a really good article on How To Make Cannabis Suppositories you can use as a guide. I like this article beca