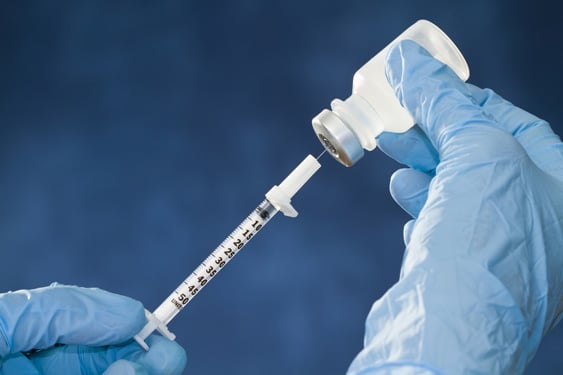 Author and activist, Jock Doubleday recently sent out this press release about his Vaccine Challenge – where he challenges any US medical doctor or BigPharma CEO to drink the exact same chemicals they’re currently injecting into infants and he’ll pay them $200,000.00!

Why will no doctor or pharmaceutical exec in the USA do it??

The offer will continue to increase $5,000 per month until an M.D. or pharmaceutical company CEO, or any of the relevant members of the ACIP (now including liaison representatives, ex officio members, chairman, and executive secretary — please see http://www.cdc.gov/vaccines/recs/ACIP/members.htm for a full list of eligible ACIP candidates), agrees to drink a body-weight calibrated dose of the poisonous vaccine additives that M.D.s routinely inject into children in the name of health.

This offer has no expiration date unless superseded by a similar offer of higher remuneration.

QUESTION: Why won’t MDs drink the poisons they inject into babies on a daily basis?

QUESTION: Why won’t members of the CDC’s Advisory Committee on Immunization Practices drink additive ingredients in the vaccines they say are safe?

* * * NOTE:  I have just added Lawrence Kaplow to the list of eligible participants. Lawrence Kaplow is writer and executive story editor of the “House M.D.” episode “Paternity,” in which the main character states that avoiding childhood vaccines is akin to starting a baby-coffin business. * * *

Jock Doubleday is the author of
“Spontaneous Creation: 101 Reasons Not to Have Your Baby in a Hospital, Vol 1: A Book about Natural Childbirth and the Birth of Wisdom and Power in Childbearing Women”

Two years ago, when the challenge was at $75,000.00 I had sent his email out to my database. One of my readers, a pediatrician, said getting them to “drink” it made no sense, since vaccines are injected. And she also pointed out that thimerosal had been removed from vaccines.

So, I emailed Jock and asked him these questions and here’s what he said:

Drinking is better in my opinion because 1) it’s more “photo opp” and 2) it’s more “real.” People watching would feel the poisons going down the MD’s throat, while injection is covert and difficult to access vicariously. 3) Drinking is safer. And if drinking is safer, why wouldn’t an MD do it? I also don’t particularly want to kill some well-meaning MD whose medical school education has left him in the dark.

And the doctor is wrong about thimerosal being gone from childhood vaccines. A percentage of thimerosal has been taken out of some vaccines, but there is still at least trace thimerosal in the vaccines that have had thimerosal in the past. And of course the flu vaccine still has the same amount of thimerosal. And further, the old full-dose thimerosal vaccines have been stockpiled by hospitals and doctors, so there’s no way for you to know what your child is getting short of reading the package insert of each particular vaccine.

FYI, injection of these ingredients into an adult — even when the dose is body weight calibrated — is much different from injecting them into a baby or a young child. Before the age or 2 or 3, the “blood-brain barrier” has not formed, which means that toxic metals can enter the still-forming brain. An adult’s blood-brain barrier has long since formed, so the metals do less harm. Western culture’s skyrocketing rates of autism are due in part to neurological interference from heavy metals from ever-increasing numbers of early childhood vaccinations.

So then I emailed my brother – who is an MD and a Geneticist – and asked him whether he thought injecting these substances was more dangerous than drinking them. And he said:

Drinking is probably safer, but without studies, who knows?

So, yet again, we’re left wondering: If MDs throughout the country regularly inject babies with these vaccines AND they usually inject their own children with these vaccines…WHY won’t anyone take up this challenge and get $200,000 for about 15 minutes of their time?

If someone offered ME $200,000 to drink something I felt was perfectly safe, I’d do it in a heartbeat!

If you can shed some light on this, let me know in the Comments box below….cause I am seriously mystified…

Oh yes, one more thing: I recently came across this absolutely fantastic interview with a former vaccine research scientist. He is not releasing his name, because he has retired and wants to keep his ‘retirement package’, and he has also seen what the pharmaceuticals have done to colleagues who have spoken out – and he doesn’t want to go there. However, when his friend’s child died from a DPT shot, he could no longer keep silent and live with his conscience, so he is making his “insider info” known to trusted sources. Download this article and give it out to whoever you can!

Note: If you ever consider getting a flu vaccine, then you need to read this article too.